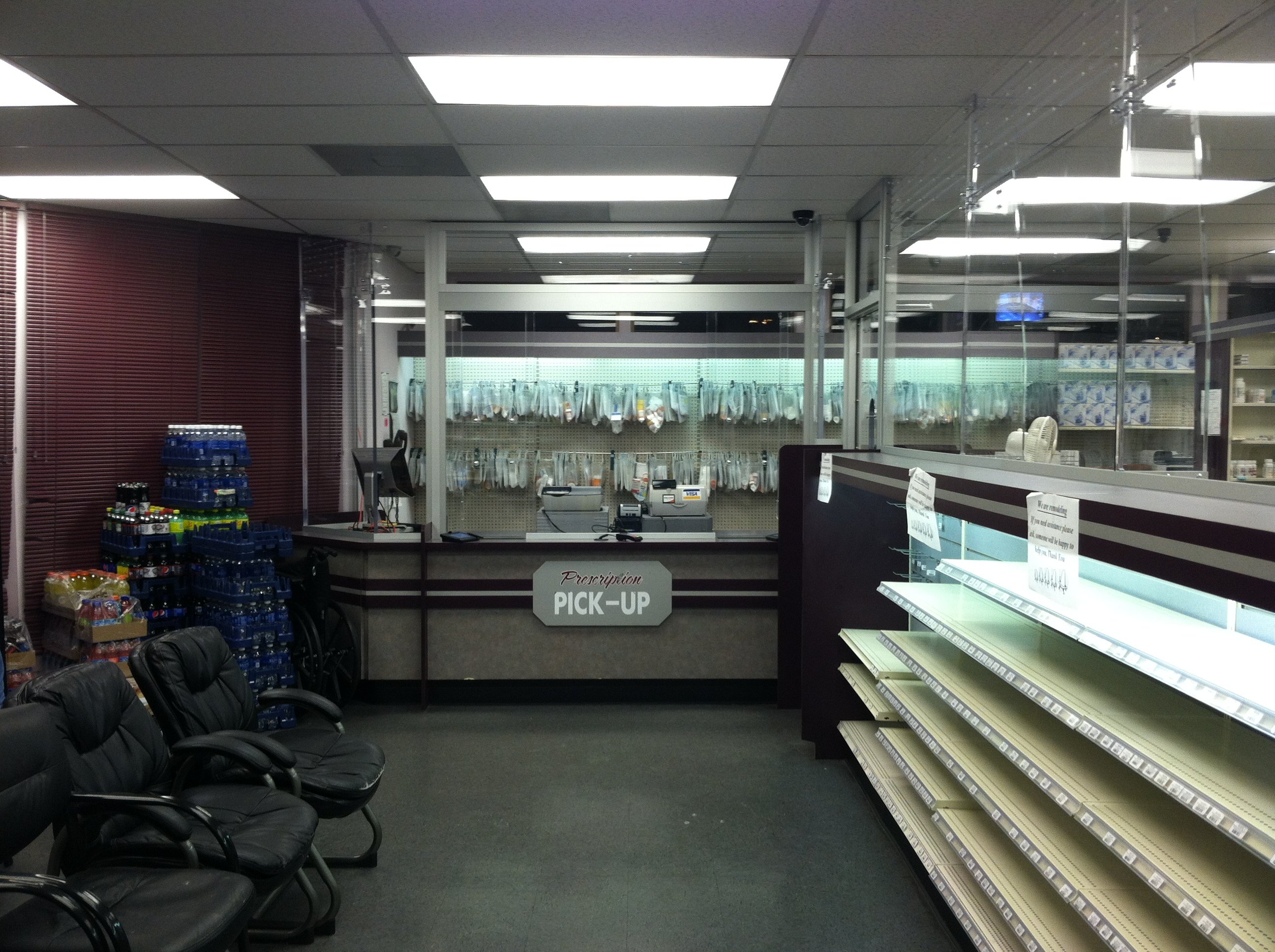 According to a 2015 report from the U.S. Department of Justice’s Office of Community Oriented Policing Services, “Pharmacy robbery is a serious and growing problem. … [R]obberies of pharmacies in the United States increased 82 percent from 2006 to 2011.”  The report’s authors hasten to add that this phenomenon is not limited to the United States.  There are similar trends reported in England, Ireland, and Australia, and that “the common theme across international, national, and regional experiences with pharmacy robbery is that the volume of legally prescribed pain relievers has risen steadily. For example, opiate painkillers, arguably the most addictive of prescribed medicines, are also the most widely abused, and the distribution of these drugs has increased by over 600 percent in recent years.”

The rise in availability of opioids has brought a rise in abuse and a rise in crime to support that abuse—and both of these have proven very difficult to curtail.

In their 2012 study, “Understanding Decisions to Burglarize from the Offender’s Perspective,” Blevins, Kuhns, and Lee found that “88 percent of respondents indicated that their top reason for committing burglaries was related to their need to acquire drugs (51 percent [or respondents]) or money (37 percent), although many reported needing the money to support drug problems.” Additionally, 44 percent of these burglars specifically sought out prescription drugs during their crimes.  In a 2011 presentation for the Centers for Disease Control National Institute for Occupational Safety and Health, epidemiologist Dan Hartley reported that pharmacy robberies tend to focus more on on getting controlled substances than cash, and that 82 percent of these assailants were armed (compared to just 55 percent of robbers who focused on the store front and check-out clerk.

Consider this security camera footage from a March 2016 pharmacy robbery in Salem, New Jersey.  You’ll note that the armed robber ignores a full cash tray, instead waiting for bottles of OxyContin and Xanax:

Not only are these criminals highly motivated and focused, we also know that they pose a persistent threat: In 2015 the Indianapolis Metropolitan Police Department partnered with the FBI, DEA, ATF, and U.S. Attorney’s Office to crack down on pharmacy robberies. (At that time, Indiana lead the nation in pharmacy robberies, with about 18 percent more pharmacy robberies annually than the second runner-up—California, a state with six times as many residents as Indiana.)

After Indiana embarked on this coordinated crackdown, there was a 43 percent drop in pharmacy robberies throughout central Indiana. But those crimes weren’t eliminated, just displaced: As Indianapolis Metropolitan Police Department Lt. Craig McCart told Fox 59 News last month, “Initially we saw them going out to Avon, Brownsburg, Anderson Muncie, places close to here. And more recently, we’ve seen them going even further to Louisville, to Cincinnati, to Detroit, to St. Louis.”

These criminals aren’t satisfied unless they can get their hands on their pills of choice, and they are well aware that the shortest distance between them and their pills is over the pharmacy counter. 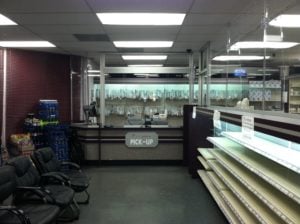 In their 2015 report on pharmacy robberies, the Department of Justice noted that “some police and security experts recommend putting bullet-proof glass or steel barriers at the dispensary window … [as] this strategy has shown to have some effect in reducing robbery” in similar settings.

Epidemiologist Dan Hartley—the NIOSH Coordinator for Workplace Violence Prevention Research—has often noted that the key to increasing pharmacy security is in Crime Prevention Through Environmental Design (“CPTED”).  These are modifications to the workplace that reduce the opportunities for crime, and include such measures as increased in-store and exterior lighting, appropriate landscaping, and so on.  Harley as often mentioned “having unobstructed views of the counters” as very important in pharmacy security.

“What I’ve seen is how busy pharmacists are.  You want to protect them, but you still want them to be able to talk to their customer and do their business.  We make a point of understanding how they do business in their specific location.  Where they need to be able to communicate, where they need to be protected, what they need to pass to customers.  They need deeper cash trays, for example, because they’re mostly passing bottles.  That’s something we can do, because we do so many custom trays.  Or, in some pharmacies, they need to be able to pass items at different points along their platform, or talk to their customer as they’re moving through their process. So we make smaller little passers, or add voice ports at several places on that platform.  The point is, you can’t do a cookie cutter security barrier for a pharmacy.  It’s always custom.”