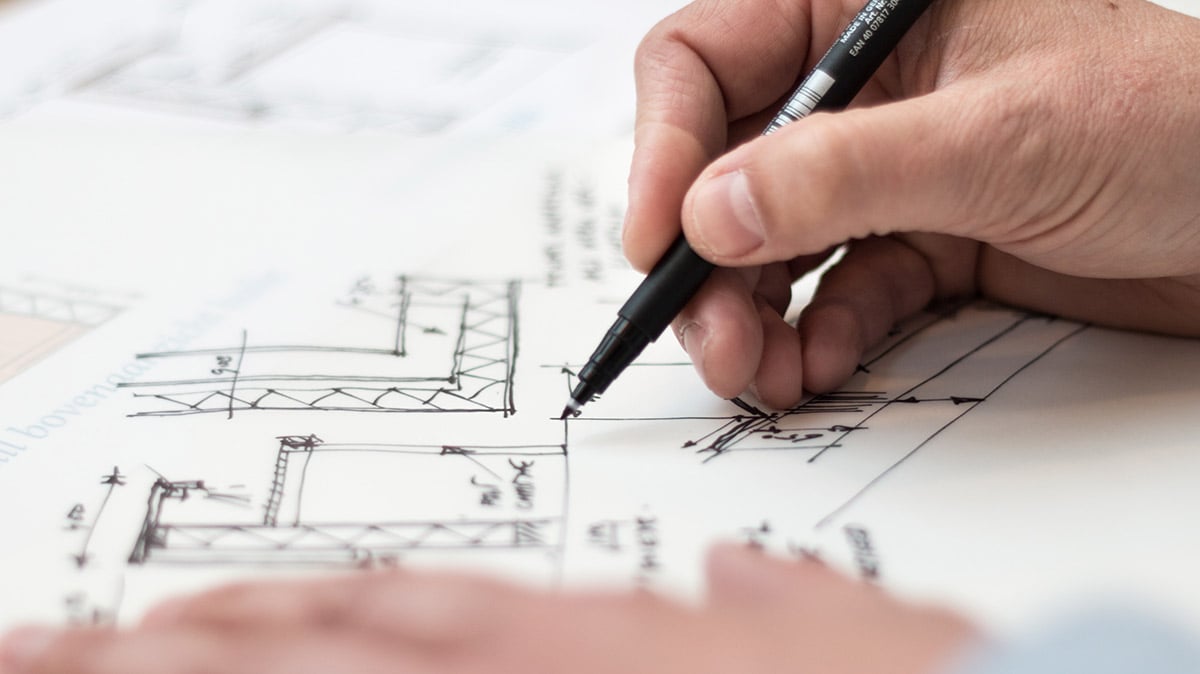 “[Crisis architecture] incorporates integrated tactical, psychological, and technological security measures, while preserving the function and aesthetics of buildings to which these measures are applied. The focus of this paradigm is designing the built environment in a way that increases the likelihood that individuals will survive an active aggressor incident.” [emphasis added]

It’s tempting to dismiss this as “CPTED (crime prevention through environmental design) on steroids.” But Gartenstein-Ross’s and Lahnert’s “crisis architecture” is really fundamentally different from CPTED. They both seek to increase safety and security. One does so by changing how people interact with the place. The other does so largely by preventing unwanted interactions between people. They are complementary security strategies. 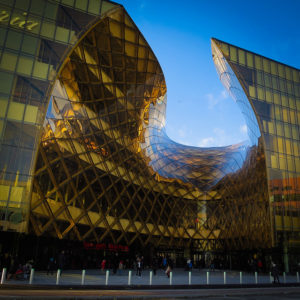 “Crisis Architecture” and the Origins of CPTED

CPTED (crime prevention through environmental design) is a proven low-cost, low-controversy strategy for increasing safety and preventing crime. In a 2000 meta-analysis published in the American Journal of Preventive Medicine, Carri Casteel and Corinne Peek-Asa examined the effectiveness of CPTED initiatives in the United States. They found CPTED measures correlated to a 30 to 84 percent decrease in robberies.

CPTED grew out of Jane Jacobs’ 1961 urban design treatise, The Death and Life of American Cities. Jacobs’ most enduring contribution to urban design has been the notion of “eyes on the street“:

“There must be eyes upon the street,” Jacobs wrote. “Eyes belonging to those we might call the natural proprietors of the street. The buildings on a street, equipped to handle strangers and to ensure the safety of both residents and strangers, must be oriented to the street.” [emphasis added]

This idea—that design can both communicate and reinforce the rightful occupant’s ownership of a place—played a large role in transforming major North American urban centers in the last quarter of the 20th Century. Cities like New York, Toronto, and Chicago are livable and highly sought-after specifically because urban designers applied Jacobs’ ideas.

If the built environment can inspire the rightful occupants to care for and maintain their territory (thus increasing safety), it can also disadvantage interlopers and criminals.

The Three Core Components of CPTED

Each of these core components includes “natural” (design-based), “mechanical” (technology- and device-based), and “organizational” (personnel- and management-based) aspects. For example, having many exterior windows as a “natural” way to increase natural surveillance around your building. Adding cameras would be a “mechanical” measure to increase surveillance. Keeping all of the windows extremely clean and clear of decorations or hangings that might obscure the view offers an “organizational” improvement to your surveillance capabilities. This also enhances your territorial reinforcement, as it makes it clear that the building is being monitored and cared for.

The Eight Principles of Crisis Architecture

As is the case with any new approach, “crisis architecture” has yet to prove itself out in the real world. But it addresses some core issues left unexamined by CPTED—which is a broad crime prevention strategy, rather than a narrow defensive strategy.

For example, limiting shooter sight lines and providing adequate cover has proven extremely critical in workplace and school shootings. During the Parkland School shooting, the long broad hallways (packed with students due to the attacker having pulled a fire alarm) and open classroom design made it possible for the attacker to select all of his targets with minimal effort. Likewise, inadequate cover contributed to casualties during the 2015 San Bernardino workplace shooting. Several people in other rooms, invisible to the shooters, were injured when stray bullets penetrated standard doors and walls.

That said, proceed with caution. Every design choice should give building occupants every opportunity to avoid or prevent an attack—not just survive one. For example, we always want building occupants to have many choices in how to make a rapid retreat (points #1 and #2 above). But we also know that this can lead to confusing floor plans. Alongside a defensible floor plan, we want to be sure that we design good information systems that support wayfinding (even under the most chaotic conditions).

“What this comes back to is really deeply understanding your threats and risks, and taking an ‘all-hazards’ approach to increasing safety for your people. For example, this advice about multiple entrances and exits. With certain kinds of threats and certain kinds of facilities, that’s perfect. But if you are concerned about other risks—like coronavirus, or schools where the daily threats have more to do with bullying or drugs or family abduction—the benefit of multiple entrances and exits can easily be outweighed by the much larger benefit of funneling all visitors through a single main entrance where they can be screened for fevers, IDs can be checked, and so on. But that said, as a company, we always advocate for these thoughtful, ‘all-hazards’ approaches to physical security. You take a comprehensive look at your challenges and we’ll help you come up with a comprehensive system for addressing them.”