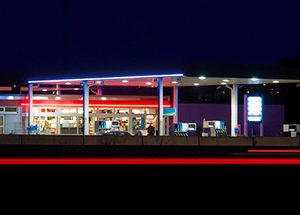 Although there is some good news in retail security – including another year of decreasing losses to robberies and shoplifting – working in retail is increasingly dangerous. The National Center for Victims of Crime reports that 26.3% of the victims of workplace homicide work in retail – even though retail workers constitute less than 10% of the U.S. workforce. This has put increased pressure on those in charge of improving convenience store security.

The Good News on Convenience Store Security and Robberies

But even the good news isn’t that great. That starkly reduced 2017 loss figure ($4,237.02 per robbery) is still almost twice what armed bandits were taking in the average robbery in 2014.

“Contributing to this,” the NRF wrote in their 2018 National Retail Security Survey, “is the sizable increase in robberies that cost more than $10,000 per incident. This accounts for more than one-third of incidents.” [source]

The risks faced by workers are grave. Consider this baseline: in 2017 there were 424 violent deaths in retail locations. Almost all of these (95%) where gun-related. Most deaths occurred in convenience stores (which by themselves account for more than 50% of all retail-related armed robberies), big box stores, or gas stations.  In fact, out of the 13 types of retail businesses tracked, these three alone accounted for 47% of all deaths. [source]

And 2018 saw criminal acts in general in retail increase 11%, with a corresponding 12% increase in violent deaths. (This all comes from the research firm Downing & Downing. Their regular D&D Daily reports track retail loss prevention, asset protection & IT security trends.)

According to the FBI’s 2016 Universal Crime Report (the most recent year for which final numbers are available), robberies in general have only increased by 1.2% nationwide. But robberies in convenience stores have jumped 6.7% – the biggest such increase.  There were a total of 17,401 convenience store hold-ups in 2016. [source] That’s a startling number when you consider this: the Association for Convenience & Fuel Retailing reports that in 2016 there were a total of 154,535 in the United States.

In other words, 1 out of every 10 convenience stores should expect to be robbed in any given year.

Reducing an Armed Robber’s Motivation by Increasing His Costs

Although it might seem unlikely, there really is good news here. It has to do with the declining haul per robbery.

In contrast to most acts of violence, a convenience store robbery is a dollars-and-cents business proposition for the perpetrator.  So, from the robber’s perspective, they are already seeing declining profits. If you can further increase the robber’s costs, you’ll decrease their motivation.

The Powerful Role of Deterrence

TSS CEO Jim Richards, with decades of experience with physical security in a broad range of settings, understands the limitations of deterrence.

“There are situations in this world where deterrence simply isn’t a factor. Someone has a gun and a grudge and doesn’t care about the outcomes.  Convenience store and retail robberies are not that. These are economically motivated crimes. The perpetrators want as much as they can grab with as little risk as possible. Anything that slows them down makes a target unattractive. They always go for the low hanging fruit and the easy score.”