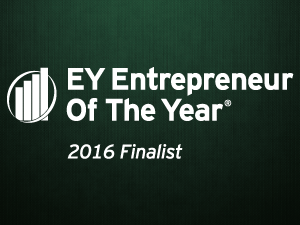 We are excited to announce that our CEO, Jim Richards, was named as a EY Entrepreneur Of The Year® 2016 Finalist.

Now celebrating its 30th year, the EY Entrepreneur of the Year awards program recognizes entrepreneurs in over 145 cities in 60 countries who demonstrate excellence and extraordinary success in such areas as innovation, financial performance, and personal commitment to their businesses and communities.

Winners for the Michigan Northwest Ohio Region will be announced at a black tie awards Gala on Thursday, June 23, 2016 at the Detroit Institute of Arts.

We congratulate Jim and wish him the very best of luck!