Trends in School Violence and Strategies for Securing Your Building 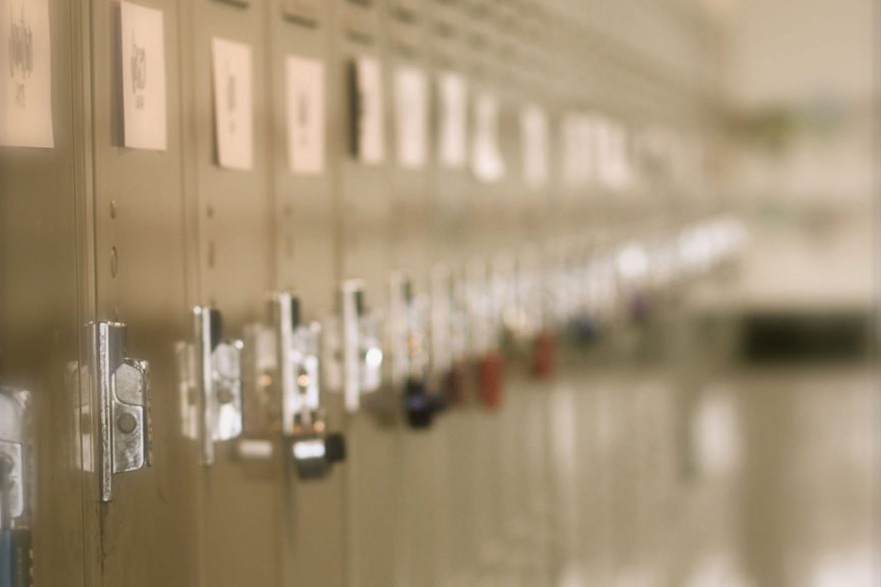 There are reasonable things for kids to worry about during the school day: fitting in with their peers, getting to class on time, and passing the dreaded pop quiz. It’s upsetting to think that children today might go to school afraid that they will experience or witness violence.

Kids are exposed to graphic images and eyewitness accounts of school violence on TV and via social media. This creates anxiety that affects their concentration, makes learning more difficult, and can have physical, emotional and behavioral consequences.

The presence of school resource officers, metal detectors, bulletproof barriers and other visible security features—these are all parts of a comprehensive safety plan. But what else could you be doing to keep everyone safe?

Here are three key considerations to focus on as you refine and improve your school safety strategy.

The Trend of Violent Crime and Fear in Schools

While violent crime in schools has decreased over the past two decades, there is still a significant threat, especially for older kids. Teens are still far more likely to be victims of violent crime than any other age group, and students’ fear for their safety at historically high rates. 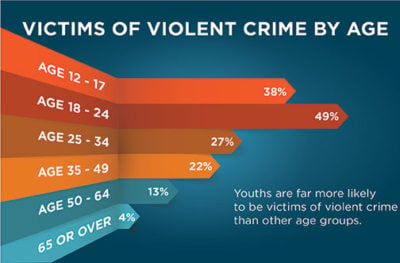 Recent numbers suggest that those fears are not unfounded:

Why Do Violent Crimes Happen at Schools?

While we will never completely comprehend why someone would walk into a school and start shooting, we can theorize that variables, both personal and environmental, contributed to their violent behavior. Experts agree that these are some contributing factors to the rise in school violence.

It’s extremely important to avoid stigmatizing mental health issues, especially among the most vulnerable (like adolescents). But mental illness poses a grave risk of harm (especially self harm) among school-age children. Teens are still developing the coping skills needed to manage their emotions appropriately. Some teens become violent in an attempt to express their frustration, and the anger can be directed toward others at school. Additionally, teens can have adverse reactions to some treatments for more severe mental illness (such as prescription SSRIs). This can increase the likelihood of violence or suicide.

In some cases, kids have easy access to weapons, such as guns or knives. This, combined with the pressure to show off or to be accepted at school can lead to violence. Almost one-third of all American homes own a gun, and 5 percent of American high schoolers report carrying a gun to school within the past month.

Researchers at New Mexico State University found that the more social media attention a mass shooting generates, the more likely it is for a similar incident to occur afterwards. According to their study, if at least 10 out of every million tweets mention a school shooting following the attack, the likelihood of another school shooting goes up 50% within the next eight days.

Study after study has shown that teens are more likely to act violently if they play violent video games or witness violence in other media. Both the American Psychological Association and the American Academy of Pediatrics strongly recommend against students playing violent video games. The APA stated in 2015 that research has demonstrated a link “between violent video game use and both increases in aggressive behavior … and decreases in prosocial behavior, empathy, and moral engagement.”

How to Make Your School Safer

There are several initiatives every school should consider to increase campus safety:

Take an “all-hazards” approach to school safety. As the Department of Homeland Security (DHS) explains: “There are many different threats or hazards. The probability that a specific hazard will impact [you] is hard to determine. That’s why it’s important to consider many different threats and hazards and the likelihood they will occur.” School violence jumps to mind immediately—but extreme weather, disease outbreaks, and other unforeseeable events have enormous potential to disrupt schools and harm students. Plan accordingly.

Don’t rely on your district administration to conduct an assessment. You know your building, students, and community better than anyone else. Convene a trained, multidisciplinary team, including a school mental health professional, administrators, and school resource officer or local law enforcement. Draw on the wider community (like your region’s emergency manager) as needed. We’ve created this free “all-hazards” planning resource guide to get you started.

2. Create a culture of safety

Communicate to students their own responsibilities in maintaining a safe environment. Reiterate school rules and behavior expectations, and acknowledge behaviors that contribute to a safe place. Teach students what to do if they believe there is a threat, and remind them how important it is to report potential problems to school officials. Make it easy for teens to report threats by providing anonymous reporting systems. Some of the highest impact improvements you can make to school safety and security are low cost—even no-cost—projects.

Research security features such as access control systems, wireless locks, bulletproof barriers, and metal detectors. Securing the entryways to your building can buy time—which is invaluable when waiting for first responders to arrive.

We know from decades of talking to security professionals in many different industries that having an up-to-date security plan and communicating that plan to students, staff, parents and visitors will help keep everyone safe (and, more importantly, feeling safe).

While you certainly cannot control the outside world, you can be better prepared to deal with it if you understand the facts.