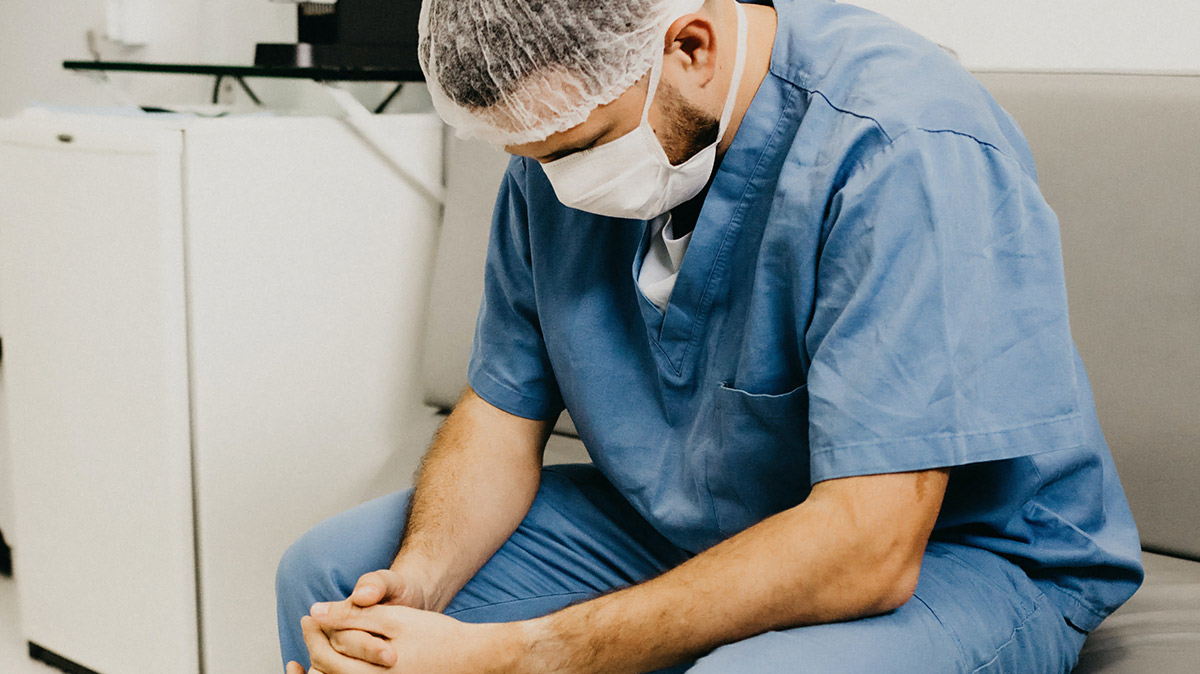 In early 2019, The Annals of Emergency Medicine published an essay in which Dr. Amy Costigan recounted being punched in the face by a patient’s mother after delivering bad news. The violence itself is tragic—and so are the unintended consequences: As Dr. Costigan later told HealthLeaders Media, “workplace violence is slowly stripping our ability to be physically and emotionally present with patients.”

Anecdotes like this shock the average citizen. But this is no surprise to anyone that works in healthcare—increasingly among the most dangerous jobs in the United States. Roughly seventy-four percent of all workplace attacks occur in a hospital, clinic, or other healthcare facilities. Seventy-eight percent of emergency physicians report being targets of workplace violence in the last year. Eighty-two percent of emergency room nurses report being physically assaulted in the last year. A shocking 100 percent report being verbally assaulted in that same period. Nearly all deadly attacks committed in healthcare facilities involve a firearm.

Larry Baird is the director of security for the northwestern region of a prominent provider of healthcare and family planning services, as well as a retired police lieutenant with 35 years of experience in law enforcement. He’s observed that, while violent crime is down in the U.S. overall, “public” acts of violence continue to increase. “If we look historically back over the last 20 or 30 [years],” Baird explains, “we certainly have seen a huge increase in workplace violence in general. Healthcare violence, workplace violence, school shootings … It’s incumbent upon us to anticipate the unimaginable. We must prepare our facilities in a manner that will mitigate some of the current trends we’re seeing … [and] assure a safe place for patients to come and a safe place for employees to work.”

“Since 2000,” they wrote, “there have been 154 hospital-related shootings involving 148 hospitals. The events resulted in 235 injuries, some of which include deaths. In the last decade, the incidence of hospital-related shootings appears to be increasing annually. Hospital shootings have been known to occur in hospitals of all sizes. … About 60% of shootings have occurred inside the hospital [mostly in the emergency department, outpatient clinics, or patient rooms] and 40% outside the hospital [i.e., parking lot].” 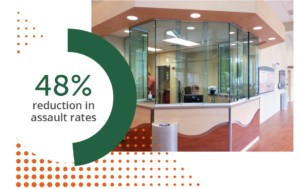 As a reminder, these are an extremely small subset of the high number of assaults that occur in healthcare, but they are especially devastating and deadly. Understanding them is critical to increasing and ensuring hospital safety.

In law enforcement, the term “active shooter” broadly denotes situations in which shots are actively being fired. This differentiates them from situations where an armed or potentially armed individual has taken a hostage or barricaded themselves in a location, but not yet began shooting. Whatever the motivations or intentions of the attacker, if he or she is active, law enforcement must enter immediately and seek to neutralize the threat.

But the nature and motivations behind the attack can make an enormous difference to planners. Broadly speaking, hospital active shooter events break into two categories: “shooting incidents” and “Targeted Violence.”

In contrast to targeted violence, “shooting incidents” are generally spontaneous and unplanned. They involve fewer people (often just the one attacker and his or her victim—only about 10% have more than three victims). Just one or two shots are fired. The attacker and victim usually know each other. In about 60% of hospital shooting incidents, the attacker and victim either have an active or estranged personal relationship, or an employer/employee or doctor/patient relationship. These shooting incidents often arise from workplace disputes or are rooted in a mental health crisis, substance abuse issue, or extreme emotional distress. This category also includes “spillover” violence from a domestic dispute or existing conflict between people in the same community, and therefore more similar to other workplace shootings.

But there is at least one important difference between standard workplace shootings and those in hospitals. As with “pseudocommando” attacks, hospital shooters display a greater disregard for their own lives: Nearly 50% of hospital shooters committed suicide. A significant portion are fatally wounded during their attack. Less than 10% are captured alive.

“Targeted Violence” is planned in advance, often in great detail. The shooter arrives prepared with many weapons, with the intent to kill as many as possible, often with little discrimination. Instead of targeting specific individuals (such as a doctor or boss), they target broader groups—such as women, minorities, government workers, etc. In another context, such an attack might be called a “civil massacre” or “Hybrid Targeted Violence” (HTV).

As Schwerin, Ruggiero, and Thurman write in their guide: “[These] events usually do not last long; most are over within 19 minutes, either because law enforcement stops the shooter, the guns jam, or the person runs out of bullets. … at least two-thirds of active shooter incidents are over by the time law enforcement arrives.”

The people who plan and carry out these attacks often do not expect or plan to survive. Dr. James L. Knoll (director of the Division of Forensic Psychiatry at the State University of New York Upstate Medical University in Syracuse) has called them “pseudocommandos,” noting that: “[he] kills in public during the daytime, plans his offense well in advance, and comes prepared with a powerful arsenal of weapons. He has no escape planned and expects to be killed during the incident. … [They] ‘welcome death,’ even perceiving it as bringing them fame with an aura of power.”

Thankfully, few hospital shootings in the United States fall into this category (although that’s not the case with women’s health clinics, which have been the focus of ideologically motivated violence).

“There’s a challenge,” Larry Baird acknowledges, “in balancing providing security and yet making it a welcoming location.”

Baird notes that—given the types of violent threats healthcare faces, “Deterrence is hard to calculate for us. … If you’re dealing with a criminal element that has all his wits about him, then the obvious presence of security … would tend to deter that person. But if you’re looking at a criminal element that perhaps is having a mental health crisis or has a mental illness, those security features can be very present and obvious and yet have no deterring effect whatsoever.” In the case of pseudocommandos and other ideologically motivated attackers, the obvious presence of security guards or recording technology may make the target all the more desirable.

But improving hospital security—through reinforced entryways, access control, and so on—can be handled in such a way as to alleviate some of the stress doctors and other staff feel without alarming visitors and patients.

Baird notes, “The manner in which we [advise making] improvements, bit by bit, is for the most part unnoticed by your average patient coming in.” But workers “are extremely happy with some of the things we’ve done. The [clinics] that don’t have as many security features as others are asking me, ‘When do we get this feature?’ The staff appreciates it. They feel much more comfortable in their work environment.”

A final note for minimizing the impact of a hospital active shooter event: Give public alerts in plain language.

Most hospitals make extensive use of codes for on-site emergencies (“code red” for fire, “code blue” for resuscitation, “code clear” to indicate an emergency has been resolved, etc.).  These offer some advantages; a code can convey essential information quickly and unambiguously without alarming patients and visitors. But the FBI no longer advises shrouding active shooter events in coded announcements. As Active Shooter Planning and Response in a Healthcare Setting notes:

“While there is a sense in the popular culture that a clear warning may induce panic, research shows people do not panic when given clear and informative warnings, and that they want to have accurate information and clear instructions on how to protect themselves in the emergency. Whether an academic health center, standalone hospital, long-term care facility, clinic, or diagnostic center, not everyone (patients, visitors, vendors, students, or even staff) will understand a code system, and so plain language warnings and clear instructions should be given to make sure everyone in danger understands the need to act. As appropriate to the community, messaging should address those with cultural and linguistic needs.”