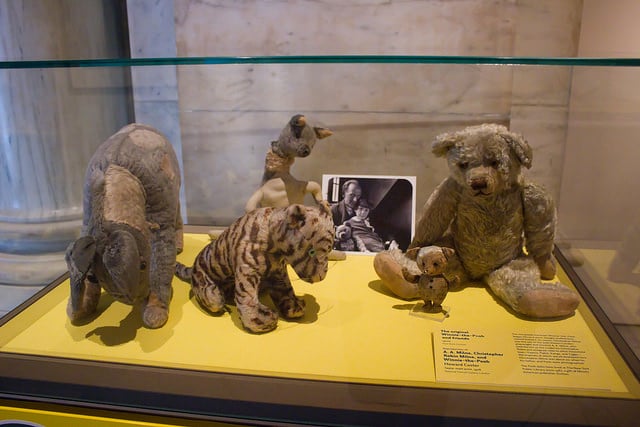 Police stations. Banks. Convenience stores. 24-hour gas stations. Pawn shops. These are places where you might expect to find bulletproof glass. As matter of fact, you might just find one of our own bulletproof barrier systems installed in one of these places.

What you might not know is that bulletproof glass is currently protecting priceless works of art, national treasures, and famous landmarks.

Recent attacks in France resulted in a decision to build an 8.2-foot-high bulletproof glass wall around the base of the Eiffel Tower, one of the French capital’s most famous tourist attractions.

While Paris officials defend the plan, citing the need for increased security, residents are less than thrilled, claiming that the wall will turn the beloved landmark into a fortress.

In addition to offering increased security, the bulletproof glass will also be transparent, unlike the metal grids that currently surround the structure. Passers-by will be able to enjoy the view of the structure unimpeded, and visitors to the landmark will feel more secure, knowing that anyone entering gate would undergo a search.

Apparently, Leonardo da Vinci’s famous painting generates strong emotions in art lovers; the Mona Lisa has been protected by bulletproof glass for decades, but not before it was stolen (in 1911— it was recovered), had acid thrown on it (in 1956), and had a rock thrown at it (later in 1956).

More recently, a woman threw a terracotta mug at the great work, but thanks to the bulletproof glass protection, it merely bounced harmlessly off the glass and shattered on the floor.

Why attack art? Some believe the woman might be suffering from a disorder known as Stendhal Syndrome; sufferers are believed to be overcome by anxiety, disorientation and confusion, dissociative episodes, and even temporary madness— all because they’re overcome by tremendous beauty.

Mona Lisa isn’t the only great work of art to be attacked. A painting by Monet was attacked two years ago, and an ancient statue of Seneca was smashed by a seemingly same man visiting the Louvre the next year. Bulletproof glass enables art lovers to enjoy the art without jeopardizing the priceless works.

Winnie-the-Pooh is loved the world over —but which country should he officially call home? This has been an ongoing debate between interested parties in the UK and the US for decades, but for now, the beloved literary bear resides with his friends Tigger, Eeyore, Piglet, and Kanga (Roo’s been missing for years) in a bulletproof glass box in the basement of the New York Public Library.

Purchased in August 1921 for author A.A. Milne’s one-year-old son, Christopher Robin, Winnie-the-Pooh was a beloved toy before he became one of the most famous figures in children’s literature, not to mention star of the big screen. How did he end up in a climate-controlled box in a basement across the ocean?

It’s a long story, and while it’s a matter of opinion whether he should stay in America or head home to England, the good news is that he’s safe and secure in his bulletproof glass case.

After an assassination attempt in 1981, Pope John Paul II’s security team took a hard look at how the pontiff travelled, implementing safety measures such as transparent bulletproof glass to protect him without obscuring the ability of his adoring crowds to get a good look at him.

The look of the bulletproof Popemobile in the 1980s is a little goofy, but it undeniably served its purpose. Pope Francis has been more lax with his safety, brushing off fears of assassination in favor of an open-air vehicle, saying, “At my age, I don’t have much to lose.”

Bulletproof glass protects students in one Oklahoma school district, but not just from the danger of an active shooter. Bulletproof safe rooms are placed strategically throughout the school, where they can be used in the event of a tornado.

This solution is significantly more cost-effective and safer for students; previously, students were bused to a location 14-17 minutes from the school when severe weather struck. Now, as many as 700 people are protected by bulletproof glass safe rooms.

Bullet proof glass serves a variety of functions, and Total Security Solutions offers a line of quality products with which you can create the barrier system you need—anywhere, any time. We combine architectural appeal with UL Level 3 protection, so your barrier will be attractive AND safe. Contact us today to learn more about our bulletproof security products.