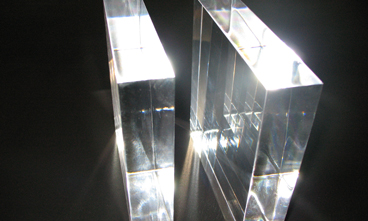 In the decade since the September 11 terror attacks, airports across the United States have been obliged to take existing buildings–designed to effortlessly guide thousands of people from ticket counter to boarding gate–and shoe-horn in security checkpoints where passengers and carry-ons can be swiftly scanned, searched, and sent on their way.  These new bottlenecks have created two security concerns.  First, if a would-be terrorist is caught at such a checkpoint, he is likely to put up a fight, either firing bullets himself, or necessitating that TSA officers fire in order to subdue him.  Second, the inevitable crowds at these screening checkpoints are themselves an attractive target to a suicide bomber (such attacks occur daily in Afghanistan, Iraq, Pakistan, and Israel).

These new threats have necessitated renovation and innovation, much of it successful.  For example, many airports have implemented highly functional bullet proof man traps around their metal and bomb-residue detectors, instantly quarantining anyone who sets off an alert.

But most new barriers in existing airports take the form of half-inch tempered glass partitions.  These are clear–allowing for security to maintain good sight lines–and certainly stop anyone from jumping line or running off when challenged, but tempered glass has no meaningful impact-resistance in the face of an improvised blast or modern bullet.  It won’t stop a shooter or contain shrapnel, and doesn’t offer security personnel a safe backstop if they are forced to fire in a crowded concourse. 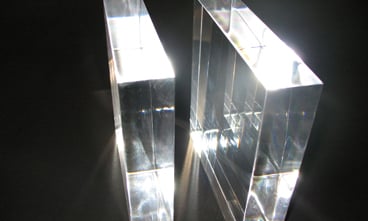 According to Total Security Solutions vice president Jim Richards, TSA regulations for securing airports focus on screening technology, personnel, and methods, not bullet proof or blast-rated barriers.  The Office of Homeland Security acknowledges these security concerns, but Jim still finds that in most government installations, cost trumps safety: “You’d be shocked at the number of precincts in Detroit that don’t have bullet resistant glass; most of Chicago doesn’t have bullet resistant glass.  There’s a lot of big cities in this country where the police precincts and municipal buildings, let alone airports, don’t have what we would consider adequate protection.”

AN IDEAL PLACE FOR BALLISTIC GLASS

In an ideal world, airport screening checkpoints would be designed to stop both blasts and bullets while maintaining the bright aesthetics and good sight lines that help travelers cope with the stress and bustle of getting from Fargo to Tallahassee in just a few hours.  For such an application, Jim favors walls of clear glass-clad polycarbonate at least two-inches thick, with true UL-rated bullet resistant frames.  These need not reach all the way to the high airport ceilings; six- or seven-foot-tall partitions would stop bullets, deter fleeing attackers, and focus a blast safely into the ceiling and away from travelers.  Although such an installation might seem pricey up front, in contrast to the rest of airport security–largely in personnel, training, and high-tech detection equipment–ballistic glass is unlikely to come with ongoing maintenance costs or embarrassing civil liberty lawsuits.