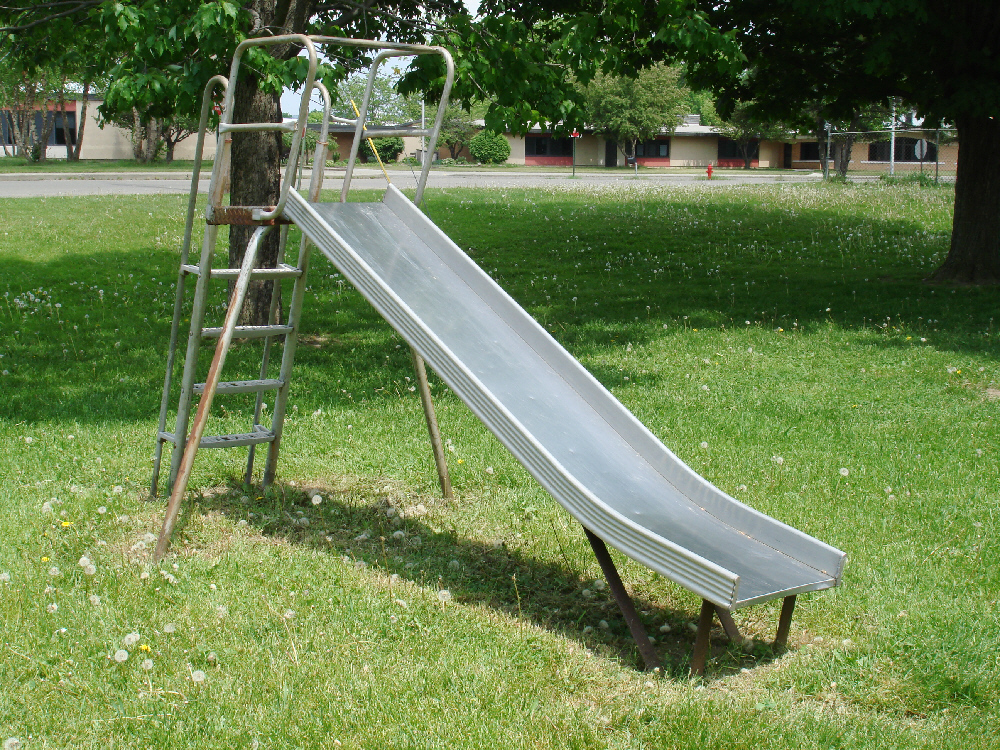 While most of today’s playground equipment is constructed with plastic materials, there are still a few “old school” metal slides out there. If you you slid down one of those metal slides as a kid you know that on a hot summer day, they can be quite painful to the touch. Parents and grandparents sitting on the metal bleachers at little league fields also face a similar problem during baseball season.

Recently, a scientist at the Johns Hopkins University Applied Physics Lab developed a glass-based paint that keeps metal surfaces both durable and cool. It’s called silicate paint, and it is currently being developed for use on U.S. Naval ships.

What is Silicate Paint?

Silica has several uses, but most commonly it is used to make glass. While properties of glass include hardness, durability and optical clarity required for many applications, it is still quite brittle.

Johns Hopkins University Applied Physics Lab scientist Jason J. Benkoski was able to modify a form of silica known as potassium silicate, which normally dissolves in water, to become water-resistant when sprayed and allowed to dry on a surface.

By combining silica with this newly modified potassium silicate, Benkoski developed an exterior glass-based paint that dries hard and can survive for centuries without fading or cracking. It’s almost completely inorganic which means it will last much longer than polymer-based paints such as acrylic, polyurethane or epoxy — all of which dull and fade from sun exposure.

When mixed with pigments, the silicate paint is able to reflect sunlight and passively radiate heat, keeping the surface cool. It is also able to expand and contract with a metal surface, which prevents cracking and prolongs life.

Once commercially available, the paint could have many applications, such as lowering the air conditioning bills for residential homes with metal roofs or making metal playground equipment and bleachers more comfortable.  Benkoski and his lab will begin field testing the paint in about two years. In the meantime – bring a blanket for those bleachers.