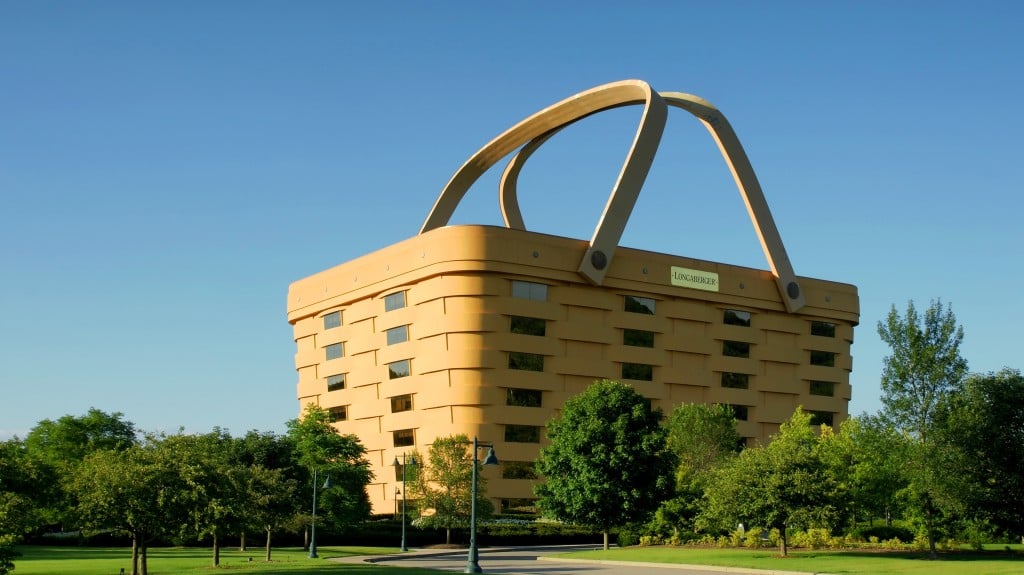 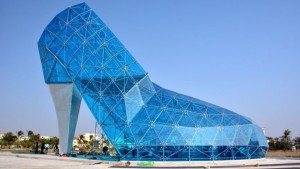 Take a trip around the world and you’re bound to encounter architectural masterpieces that leave you awe-inspired. But for every beautifully designed building, there stands another odd one that leaves you wondering why. Take, for example, the recently completed giant glass….high heel? In an effort to draw more women, this glass church built in Taiwan was intentionally designed to resemble Cinderella’s glass slipper. Commissioned by local government officials in the Southwest Coast National Scenic Area, it will be used during wedding ceremonies and photo shoots, not for regular service. While the design has been met with mixed reviews, it’s definitely one that won’t soon be forgotten.

You don’t have to travel overseas to find unforgettable architecture. The phrase “novelty architecture” is used to describe architecture in which buildings are unusually shaped to deliberately draw attention, typically for the purpose of advertising. Structures like The Coffee Pot in Bedford, Pennsylvania became quite common along highways as the use of the automobile increased. They served as a means of attracting motorists to the nearby restaurants or shops and often took the shape of what they were selling. In La Puente, California, The Donut Hole features two giant donuts through which visitors drive to place their order. Another example is the shell-shaped Shell Gas Stations, eight in total, built in the 1930s. Only one still remains in Winston-Salem, North Carolina. 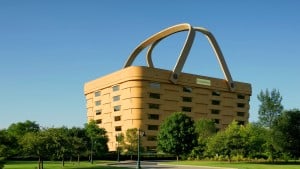 What’s better than a billboard to advertise your brand? The Longaberger Basket Company, headquartered in Newark, Ohio, took their love of baskets and the idea of novelty architecture to a new level when designing their building. It holds the record as the world’s largest basket and is a scaled replica of the company’s biggest seller, the Medium Market Basket. The seven-story building was completed in 1997 and is a tourist attraction for basket-loving patrons.

Though not yet built, Tulsa, Oklahoma is embracing its title of “Tornado Alley” with the proposed design of its new Oklahoma Weather Museum and Research Tower. Nicknamed Tornado Tower, the corkscrew-like building resembles the funnel shape of a tornado.

Photo courtesy of www.bbc.com and  www.commons.wikimedia.org