Safety Glass Zoo Enclosures Keep Animals In and Humans Out 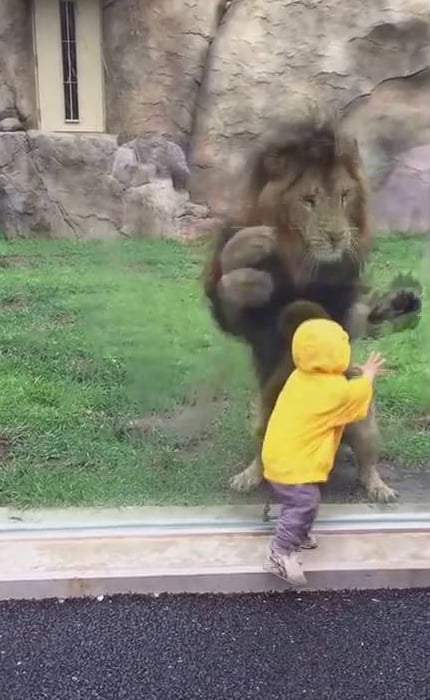 A recent incident at the Cincinnati Zoo has raised many questions about zoo safety. A young boy was able to gain access to the gorilla exhibit and was dragged around for several minutes before the gorilla was shot. The boy survived with minor injuries. Regardless of events that led up to the child falling into the exhibit or how the situation was handled, there has been a general concern over the fact that a young child was able to relatively easily enter an area of the zoo intended to be off limits to the public.

Concrete walls and steel bar enclosures were once the norm, but as the demand for more natural environments and views of the animals has increased, the means of ensuring security has evolved. The use of physical barriers, such as fences and moats, are very common zoo safety measures intended to keep the animals in and people out. In more recent years, however, zoos have also turned to the use of safety glass, similar to bulletproof glass, to provide visitors an uninterrupted view of the animals and an even higher level of security.

The unprecedented closeness achieved between humans and the animals through safety glass, as well as the success of security provided by safety glass, has been documented in multiple videos that have gone viral over the past several years. In this video from the Tokyo Zoo, a small boy turns his back on a lion exhibit and within seconds, the lion charges toward the boy, slamming into the safety glass enclosure. While shaken by the experience, the boy is unharmed and the glass is intact. Even in this video of a gorilla cracking the glass at the Nebraska Zoo, the visitors were in no immediate danger. Similar to the laminated glass used on the popular glass-bottom bridges, a single pane of glass can shatter while maintaining the structural integrity of the overall sheet of glass.

While zoos take necessary precautions to protect visitors, from the implementation of physical barriers to regularly performed safety drills, it is equally as important for parents to diligently watch their children and themselves around the animals. They are still wild animals with unpredictable behavior and should be respected as such.