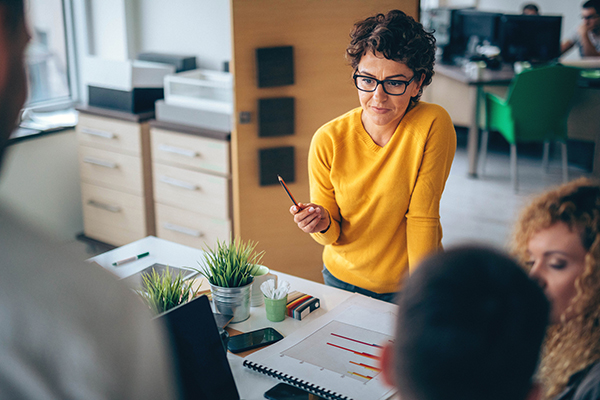 The school year is done. It’s a good time to take a deep breath and a clear-eyed look at school safety planning.

But that can be harder than it seems.

The most recent headlines about catastrophic events dominated the school security conversation. But these eye-catching tragedies often have little to do with the specific school safety and security issues we face in our own communities.

As Michael Dorn, executive director of Safe Havens International, explains: “The more we try to boil all school safety issues down to a few broad approaches…the worse you’re going to be.”

Safe Havens is the world’s largest school safety center. They’ve assisted with school safety and security assessments in close to 8,000 schools in eleven countries. Mr. Dorn has personally worked 17 active shooter school events and 300 other school crisis events. He is among the most experienced, widely published and highly respected school safety experts in the world.

But in order to craft that balanced approach, we need to approach school safety differently. That means thinking more broadly and planning more specifically.

Taking a Broader View of School Safety and Security

It’s a common refrain that “school shootings are 57 times more common in the U.S. than in the rest of the world.” That statement is accurate. But when you check the fine print, you’ll discover that “the rest of the world” in such claims is usually just six major industrialized nations (Canada, Japan, Germany, Italy, France, and Great Britain).

This incomplete picture can be paralyzing to American teachers, students, parents, and communities. It’s a dystopian vision of a nation on the brink of violent collapse. Adopting such a skewed perspective likely leads to over-investment in the wrong solutions.

For example, in El Salvador, violent gangs specifically target students and teachers traveling to and from school. In Honduras school shootings “are so common, they are absorbed quickly into the country’s news cycle and barely register outside its borders.” China has seen epidemics of knife-attacks targeting schools and school children and school-specific attacks in Africa and Pakistan have killed hundreds of students in a single day [source]. In 2004, armed individuals attacked a school in Beslan, Russia. They took 777 school children hostage for three days, and ultimately killed 186 of them.

In the wake of a violent incident at a school, we often rush to highlight some specific cultural issue as the root cause: mental health, gun rights, political leanings, religious beliefs (or the absence of same)—even video games and musical tastes. In short, we assume that school shootings are a uniquely American epidemic.

Taking a broader, international look at school violence makes it much harder to fall into these easy (and mistaken) assumptions.

As Dorn points out, “Communist countries with the death penalty for possession of firearms have had active shooter events. This notion that this is just here in the U.S., the result of some specific cultural failing unique to America, it’s just not true. It’s not unique to here. That’s a very critical myth. Our presumptions of why it’s happening here, that there is something especially wrong in the United States, do not apply.”

Furthermore, focusing only on what has happened here leaves us at a significant information disadvantage.  “We focus intently on these last few catastrophic events [in the United States], and don’t focus on what these look like over time, or overseas—but we do have good evidence some of these attackers look at these foreign events while planning their attacks.”

As just one example, we know that the perpetrator of the Sandy Hook Elementary School killings maintained a database of 500 mass killings, including ones that happened in other countries. Mass shooters often study other mass shootings. Their research gives them insight into what responses to anticipate, limitations of past attacks, and possible shortcomings in their own plans.

Study What Has Worked

In addition to illogically limiting which school catastrophes we worry about, we also often ignore our own successes. We need to think about the attacks we’ve prevented, and how we’ve prevented them.

“For every attack we see in the news,” Dorn notes, “there are many others that are successfully averted. We have individual school districts that have averted multiple imminent attacks through a variety of means.”

To illustrate this, you need only briefly browse the Averted School Violence database maintained by the Police Foundation (with the support of the U.S. Department of Justice’s Office of Community Oriented Policing Services).

Searching the Averted School Violence database for the keyword “shooting” returns 10 pages of reports. Many of these incidents were hardly a blip in the nightly news, or not covered at all:

Viewed in isolation, each near miss looks like a matter of good luck. But when as a whole you’ll see:

This is why Dorn is so focused on helping schools get good, reliable assessments. “We’re very leery of cookie cutter ‘every school will do X’ solutions. Those types of approaches are often not as effective, and can sometimes increase risks.”

Total Security Solutions President and CEO Jim Richards tends to agree. “TSS has always strongly advocated an ‘all-hazards’ approach–especially with schools. A school really needs to get a full security assessment and take a comprehensive look at all their challenges. From there, we can help them find a total security solution. That’s a custom solution, designed around their building, their budget, and their security needs.”