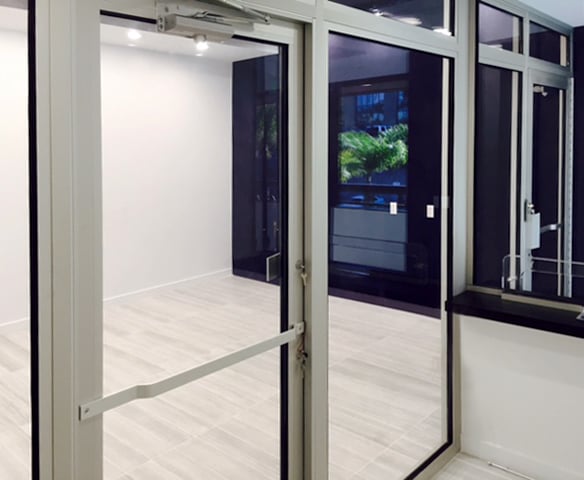 The medical and recreational marijuana industries pose special security and access control challenges. “It’s not just that there’s so much cash on hand,” explains Bob George, Sales Manager for Total Securities Solutions (TSS), “but also that they have to meet these special regulatory requirements for how they handle everything and operate their buildings.”

In 2016, TSS was contacted by an architect working with a California-based medical marijuana business (which ultimately opened as The Healing Center San Diego).

The Center faced four special challenges. First and foremost, they needed a high-end, professional look suited to their upscale neighborhood. They hoped to achieve a light, airy, open ambiance, despite limited space, and without compromising security. Additionally, they needed to meet complex access control requirements (as is often the case for medical and recreational marijuana businesses). They also wanted excellent visibility and sight lines throughout the facility (both for security reasons and aesthetics). Finally, they needed to meet very high ballistic security requirements set by their local municipality.

The security requirements were the most troublesome. “The expense,” Bob George explains, “was just too much for them, especially because they were dealing with a very short time frame.” Medical and recreational marijuana businesses are economically and legally complicated businesses. Delaying an opening by even a few days can mean losing funding, voiding permit approvals, or derailing the licensing process.

Initially the local sheriffs were asking The Healing Center to install a Level 3 bullet resistant barrier system. Level 3 windows, doors, and frames are designed to stop clusters of .44 Magnum bullets.

Full Level 3 systems are much more common in police stations, government offices, and courthouses. When someone is planning an attack on a government office, they aren’t going for the easy target. They are very focused on a specific individual, group of individuals, or building. Their goal is maximum mayhem, spectacle, and injury. This demands higher security at all levels, including the physical hardening of the building.

Retail establishments, on the other hand, are targeted by economically motivated attackers. These criminals focus on getting as much money as they can as easily as possible—and are easily distracted by the promise of more money or less resistance. Retail facilities tend to go with a Level 1 system which is optimized for stopping multiple shots from 9mm, .357 Magnum, and the other small pistols most commonly used in armed robberies (and a Level 1 system is much less expensive to fabricate and install).

“We’ve talked about this a lot, because so many customers initially come in thinking they need to stop an AK-47,” Bob George notes. “We just know for a fact that you don’t need to go that high [Level 3] in retail—even with something like medical or recreational marijuana. What you want is a deterrent. You want to stop that bullet, of course—but shooting during a robbery is rare. What you really want is that barrier, that stops a distraught individual from trying to grab you, or try for that quick cash grab.”

As it turned out, the heart of the matter wasn’t any perception of heightened risk for the Center. It’s just that Level 3 barriers were what law enforcement were familiar with.

“We’re very up front with people about the cost, process, and how these materials will perform,” Bob George explains. “In this case, it really was just a matter of having knowledgeable people on the ground, familiar with bullet resistant barriers, and able to get everyone on the same page.” TSS was able to work with the architect, business, and local sheriff’s office to get a waiver issued so the project could continue smoothly. 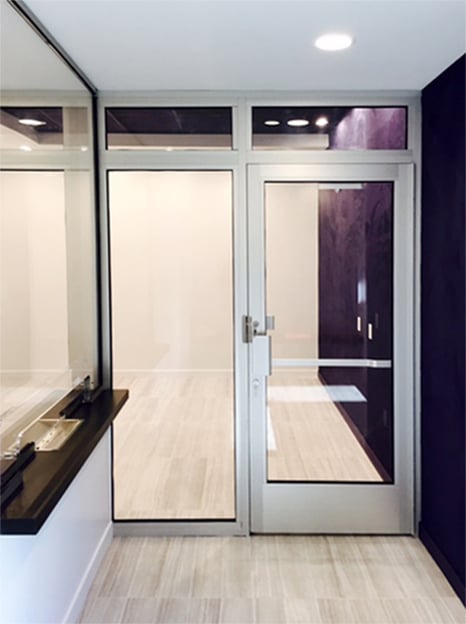 Most importantly, the project looked good, worked well, beat the deadline, stayed within the budget, and satisfied all local municipal and law enforcement agencies. 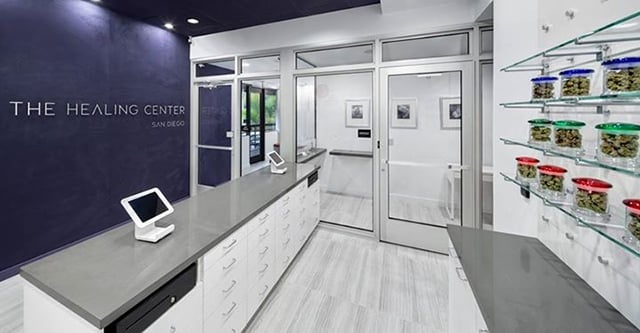