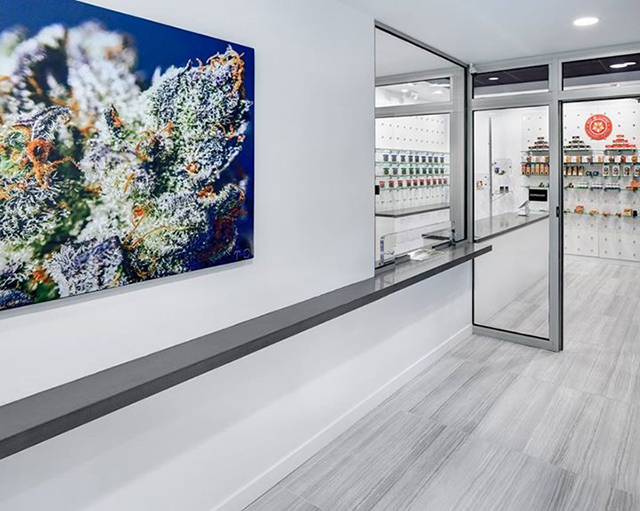 As of November 2018 most U.S. states have legalized medical or recreational marijuana. But despite what you’ve heard, that doesn’t mean there is now a marijuana free-for-all. Instead, we’re seeing the rise of a well-regulated industry that is focused on safety and security.

According to Bill Cousins, founder of security consultancy WJ Cousins & Associates, “If we make it safe for people to operate and visit these facilities, and make sure the product is safe and pure—as the state requires, and testing labs certify—this will become a normalized industry.”

A panicked Hearst newspaper headline from 1936

Michigan—which legalized medical marijuana in 2008, and recreational marijuana this past November—is a perfect example of how well this budding industry can be managed on the state level.

Even with allowances for “micro-businesses,” medical and recreational marijuana are not fields any college kid with a grow light can just jump into.

In order to even apply for a license, the burgeoning business must demonstrate they have sufficient operating funds (ranging from $150,000 to $500,000, depending on the license) and must disclose the source of these funds.

They then pay an initial licensing fee, which ranges in the tens of thousands of dollars, and includes a non-refundable $6,000 state application fee. (They may also be responsible for local application fees, which can run as high as $5,000.)

Once they are up and running, license holders must pay ongoing annual regulatory assessment fees. These are adjusted each year, and range from $10,000 to $66,000 per license.

Michigan has not yet released a finalized regulatory framework for recreational marijuana. But the ballot proposal approved by Michigan voters outlined something quite similar:

This is clearly an expensive endeavor—especially for a young and notoriously “underbanked” industry.

“I think one of the biggest shocks,” Bill Cousins says, “is the amount of money they have to spend on security. Security, in business, is a necessary evil, in any industry: automotive, industrial, retail. What I mean by that is that it isn’t profit producing. As a result, business people can be reluctant to spend money on a proper system.”

What constitutes a proper system?

As a practical matter, the age and layout of the building, location of the business, volume of business, and customer base are all factors.

“I take the same principles that the Secret Service uses to harden a location where the President or Treasury Department may go,” Cousins explains, “and adopt those to the medical marijuana facilities.”

These include taking into account all hazards, assets, impacts, and mitigations that affect the business, its workers, and its customers.

But there is an added layer to security planning in medical and recreational marijuana businesses. People often fail to appreciate how well-regulated legal medical and recreational marijuana operations are. Licensees generally must submit to law enforcement walk-throughs and audits at any time. They need to have computerized (and often redundant) inventory tracking systems. All parts of the facility must be under video monitoring at all times, so that no marijuana is ever left unaccounted for at any step in growing, transporting, processing, or storage. Access control must be in place, and must completely separate different aspects of production. These regulations vary by state. Illinois, for example, requires that medical marijuana dispensaries have bullet resistant glass and barriers. In Michigan, individual localities can chose to opt out of permitting recreational marijuana sales altogether.

“The biggest hurdle I encounter,” says Cousins, “is all of the applicants, when you tell them how much security is going to cost, they look at ways to start cutting corners.”

This is clearly unwise from a strict security standpoint. Legal recreational and medical marijuana is largely a cash business. Having both a highly marketable commodity and a lot of cash all in one place is bound to tempt an armed individual with limited resources and poor impulse control.

But on top of that, it puts their entire business venture in legal jeopardy.

“You can’t do that [cut corners on security], because the state is going to deny you your permit to open. So, my biggest piece of advice for them to know is be prepared; this is an expensive proposition. That said, this is new, it’s in its infancy. And the state is doing a very good job. I’ve had nothing but positive experiences with the people from Licensing And Regulatory Affairs. They’ve been very helpful, and their professionalism is outstanding.”