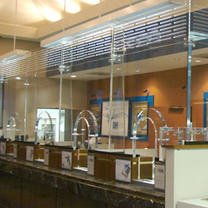 When asked why he robbed banks, Willie Sutton famously quipped “Because that’s where the money is.”  Although that quote may be fanciful (in his second memoir—he wrote two—Sutton denied ever actually saying those words), the sentiment remains true.  As Total Security Solutions CEO Jim Richards notes, “The bank is the oldest target there has ever been.  Even as banking changes—and even though most bank robbers are captured—bank robberies continue to be the go-to crime for some desperate individuals.”

2015 saw a modest increase in bank robberies—breaking with a long trend of decline—but that isn’t the most disturbing development.

Bank robberies are typically committed by impulsive people with little to lose:  The person most likely to be injured or killed during a bank robbery is the robber himself, and roughly one-third of all bank robbers are captured the same day.  The average take—if the robbery is successful and the bandit somehow evades capture indefinitely—is only a few thousand dollars.

Even though the 2015 increase in bank robberies was modest (a 3.5% bump) and the use of guns in bank robberies has continued to decline (only about 20% of all bank robberies now include a firearm), bank robberies are becoming increasingly traumatic:  Fewer bank robbers came in armed, but those that did so often executed fast, violent armed takeover-style robberies, walking away with much more loot.

“Banks are getting smaller,” Jim Richards notes, “both in terms of number of stations and square footage.  They’re using more automated teller machines.  But that’s not deterring many robberies, and an ATM isn’t impressed by a note or a gun.  If someone decides to stick up a bank, they’re going to target that teller.”

Throughout 2016 Total Security Solutions saw an increase in demand for bullet resistant barrier systems in retail banks, especially in Texas and California.  During this same period, local news reports seem to indicate an increase in armed takeover bank robberies (at one time largely confined to Texas and the South) in both California and Washington.

In 2015, one out of every seven US bank robberies occurred in either Washington or California.  Taken together, these two states account for one-half of all bank robberies in the “Western” United States (a sprawling region that, for the FBI’s statical purposes, includes 11 continental states, plus Alaska, Hawaii, and three territories: Puerto Rico, Guam, and the Virgin Islands).

“More than anything,” Jim notes, “our clients—in all industries, from banks to schools to county clerk’s offices—have found that a bullet proof system is an effective deterrent to violence of all sorts. Just the presence of the system itself prevents escalation.”

And with that comes peace of mind.  As one Total Security Solutions client—a California-based health-insurance provider—explained: “Our staff themselves have said that they feel much safer” after the installation of a new bandit barriers.  “In Modesto, [that’s] our entire staff, because the way it was set up [as a teller line], anybody literally could have jumped over the counter and been in [our offices] …  In French Camp, our receptionist is very grateful because, again, she was out there by herself.  She definitely feels much safer being behind the glass.”