Banks and Bulletproof Glass in 2022 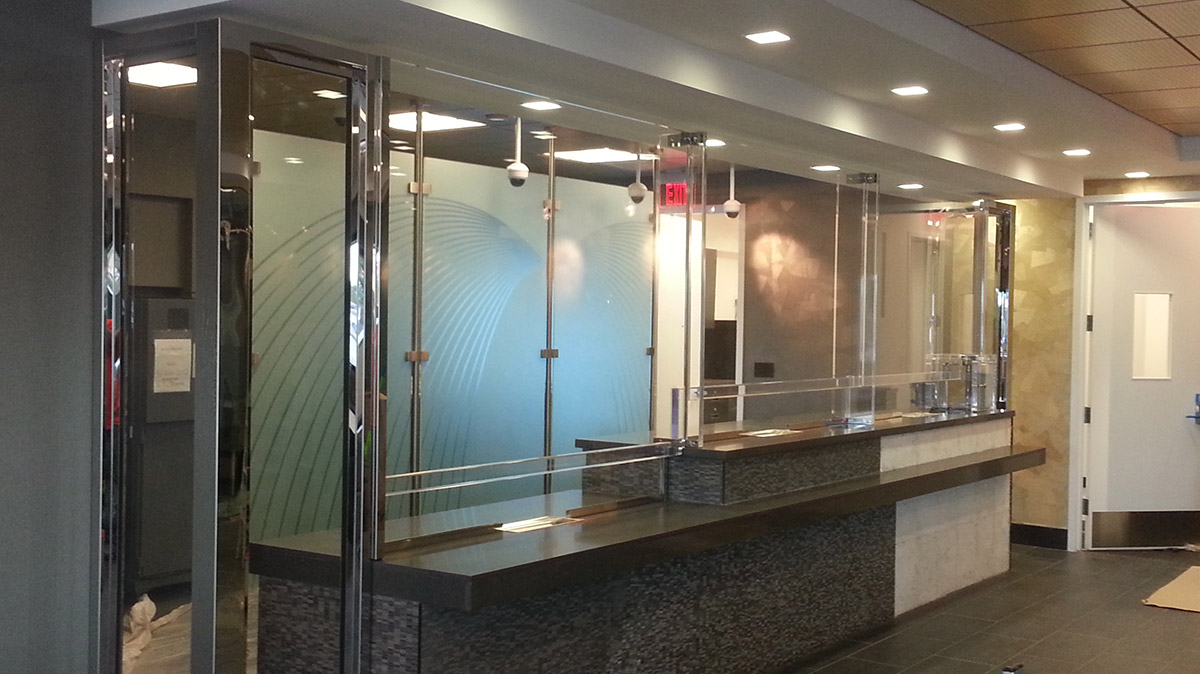 According to Total Security Solutions CEO Jim Richards, 2022 is looking a little different for bulletproof glass and security within banks.

"Some things are the same," Jim notes. "We continue to see areas of population growth also being areas where there is a higher demand for bank security. But there are some notable differences. For example, in the past when financial institutions have called us, it's often been part of a long-term plan for building upgrades. Adding bulletproof windows was just a part of that upgrade cycle. Now, when we have these conversations, they are more likely to be responsive. Banks are calling because they've had an incident—or even several—in the last six months, or because their immediate area is seeing an uptick in armed robbery, or because the CAP index in their area has jumped."

Let's begin with the good news: bank robberies have steadily dropped over the last decade, decreasing by roughly 60% between 2009 and 2019. (We're omitting statistics from 2020–the latest year for which the FBI has released reports—as they appear to be distorted by pandemic-related lockdowns.)

The continuing decline in bank robberies is reason for optimism. But it's cautious optimism. First and foremost, bank robberies are just a small portion of crime in the United States. For context, in any given year, there are roughly 2800 times more property crimes than bank robberies in the US. And while crime has indeed generally declined in the last decade, it hasn't been nearly so drastic a decline: property crime, in general, dropped 26% from 2009 to 2019, and violent crime just 9%.

This almost certainly comes down to deterrence.

According to the American Bankers Association, one factor that determines the overall security of a financial institution is the number of “psychological barricades” between the front door and the money. Such barriers might include having to be buzzed into the bank, being greeted by a receptionist or armed guard, or finding the teller stations outfitted with ballistic transaction windows.

TSS has found that, across the board, the presence of a bullet-resistant barrier seems to deter attempted robberies. This matches sworn testimony from bank robbers, who specifically targeted banks without barriers. According to award-winning investigative reporter Ronald Kessler, “FBI agents say that banks with Plexiglas or bulletproof glass barriers between tellers and customers are held up far less than are banks with open spaces between tellers and customers.” One FBI agent explained to Kessler: “The [banks] that have bandit barriers are robbed much less. It’s night and day. Every now and then you have someone who slaps a note against the plexiglass. Usually the teller crouches behind the counter, and that’s the end of it.”

This has likewise been Jim’s experience. “Even when a location has suffered multiple robberies," Jim observers, "once that barrier is in place, there is not a recurrence. Ideally, [bank robbers] want to quietly walk in, flash a gun, hand over a note, and walk out with a few thousand dollars. Anything that slows that process down is a huge disincentive to them. So the reality is they walk in, they see a barrier, they walk out and go someplace that doesn’t have a barrier."

Jim further notes that, historically, credit unions have been slower to make these security upgrades and install barriers. As a result, we see them increasingly targeted for robbery.

As we've noted in the past, population growth tends to drive crime. 2022 looks like no exception.

“Typically,” Jim explains, “when you look at where the country is growing, the demand for bullet-resistant barriers is growing as well. People spread out, businesses—especially financial services—pop up to serve them. It’s a simple fact of life: People commit crimes, so wherever people go, the crime goes with them.”

For example, this year Jim has continued to see high demand for bank glass in Texas. Texas is home to more than a third of the fastest-growing cities in the US. (Jim observed a similar trend back in 2016).

Jim has also found that moving that "we’re doing more work in Chicago than we’ve done in the last five years, as well as Indianapolis.” According to the 2020 Census, Chicago’s downtown is among the fastest-growing in the country. Indianapolis is likewise booming. Its metropolitan area accounts for the majority of Indiana's growth over the past decade.

“True, the majority of our work is still in urban centers—but that’s also where the majority of the people live, and crimes happen where people are. Crime’s moving to the suburbs as well, because that’s where people are moving now." In 2009, the FBI reported that around 17.5% of all bank robberies were in the suburbs. By 2019, that had jumped by more than 50%, with 26.8% of all bank robberies committed in suburbs.

"At the end of the day, people have these ideas about where it's safe, where it's dangerous. But those aren't necessarily true when you look at the numbers. I think that's the big trend we'll see in 2022: people really looking at the numbers and using those to make their security decisions."

The stress and uncertainty of if or when criminals may target your bank or credit union is something you don’t want to leave to chance. With our bulletproof barriers in place, you not only protect your business and employees, but you also make would-be bank robbers think twice about even attempting to commit the crime. Give us a call to discover how we can help protect your bank or credit union.