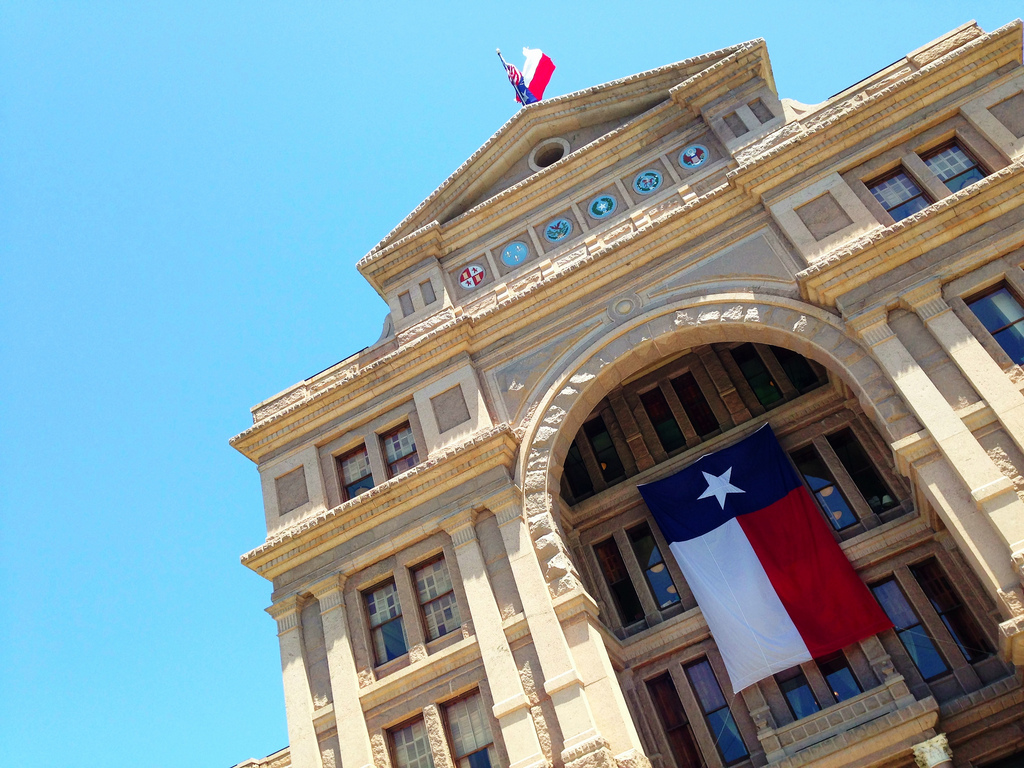 Last year Houston didn’t just lead the nation in commercial robberies (with 1,400 in 2015); it also saw a huge jump in “armed takeovers,” a crime nearly unique to Houston. As described by the Houston Chronicle’s Dane Schiller, armed takeovers are “particularly violent and terrifying, just a sneeze or a flinch away from turning tragic. Attackers put guns to the back of the heads of store managers or other employees, with hammers cocked as motivation to obey commands.”

According to Total Security Solutions CEO Jim Richards, “We see these sorts of ‘evolutionary jumps’ in crimes in growth areas—the Carolinas, the Atlanta area, and especially Texas. Houston is very active for us right now.”

Everything is Bigger in Texas

What is happening in Houston? Are Texans, by nature, especially vicious?

It all comes down to population. The regions Jim named have some of the fastest growing populations in the United States. According to Forbes magazine, 5 of the 10 fastest growing U.S. cities are in Texas, with Houston being number one (up from second place in 2014).

“Typically,” Jim explains, “when you look at where the country is growing, the demand for bullet resistant barriers is growing as well. People spread out, businesses—especially financial services—pop up to serve them. Banks build more branch offices and put more in-store locations in place. It’s a simple fact of life: People commit crimes, so wherever people go, the crime goes with them.”

Texas has been no exception: In 2014, little Odessa, TX (population under 100,000) had the highest jump in violent crime in the nation. In 2015, even as violent crime rates across both the nation and Texas dropped, a Houstonian was murdered every 30 hours. According to the latest FBI statistics, 1,242 of 2015’s more than 4,000 bank robberies were in the “South” (as defined by the FBI, this region includes all the high-growth areas Jim named).

And most of those bank heists were in Texas. In a given year, Texas alone sees roughly as many bank branches, check cashers, and short-term loan businesses robbed as Iowa, Kansas, Minnesota, Missouri, Nebraska, North Dakota, South Dakota, Alabama, Kentucky, Mississippi, and Tennessee combined. Year after year, Texas is second only to California in annual bank robberies. But, while California is continuing a steady decade-long decline in bank robberies, Texas appears to be ticking back up, with a 10% increase in bank robberies since 2014. If these trends continue, one could expect Texas to lead the nation in bank robberies by 2020.

TSS has found that, across the board, the presence of a bullet resistant barrier seems to deter attempted robberies. This matches sworn testimony from bank robbers, who specifically targeted banks without barriers. According to the Center for Investigative Reporting’s independent analysis of four years of FBI data, only about 10% of the banks targeted for robbery had bullet resistant barriers in place (meanwhile, every institution had Bank Protection Act mandated security systems, as well as security cameras). Of the barrier-enhanced banks that were robbed, only about three percent of those robberies turned violent. Compare this to banks with armed guards: 12.9% of the robberies in such banks turned violent, and injury rates soared among both staff and customers during those violent incidents.

According to award-winning investigative reporter Ronald Kessler, “FBI agents say that banks with Plexiglas or bulletproof glass barriers between tellers and customers are held up far less than are banks with open spaces between tellers and customers.” One FBI agent explained to Kessler: “The [banks] that have bandit barriers are robbed much less. It’s night and day. Every now and then you have someone who slaps a note against the plexiglass. Usually the teller crouches behind the counter, and that’s the end of it.”

This has likewise been Jim’s experience: “Not that the teller hides behind the counter—I’ve never heard of that—but it certainly seems like potential thieves imagine that sort of scenario: Even when a location has suffered multiple robberies, once that bandit barrier is in place, there is not a recurrence. Robbed of the ability to use brute violence, bank robbers just are not that bold.”