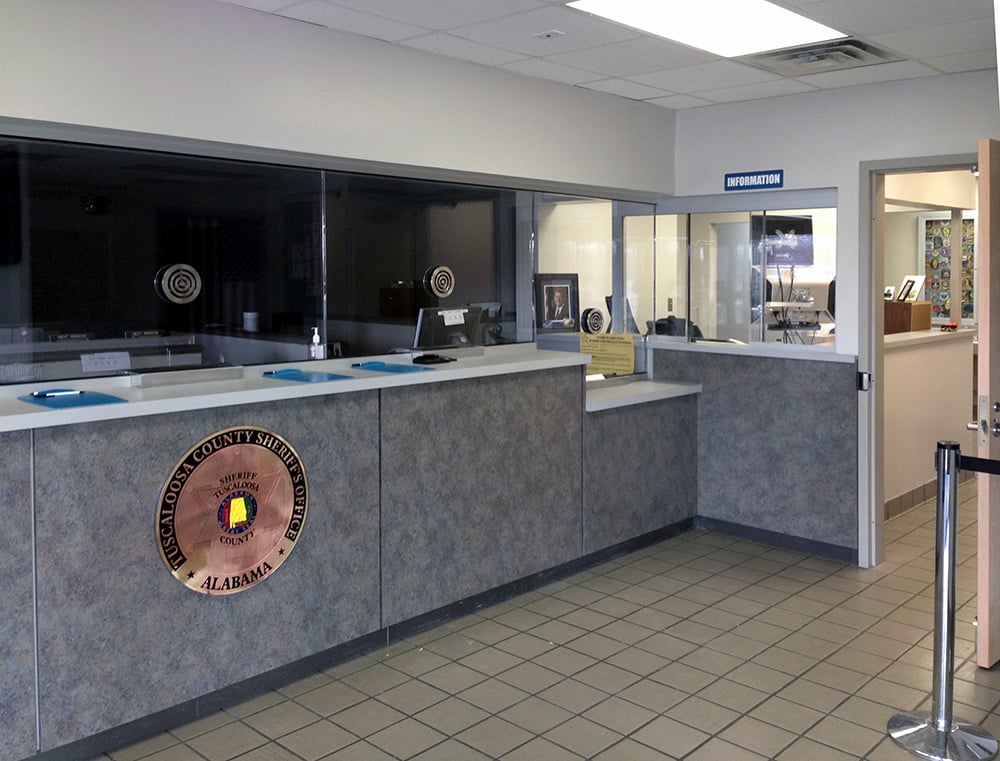 Total Security Solutions has worked at every level of government, from the Pentagon down to local utility offices. These jobs have ranged from large passport offices to tiny Social Security Administration payment windows, border checkpoints to courthouses and police stations, with systems custom designed to protect facilities against everything from a random enraged person waiving a pistol to premeditated terror attacks with high-powered assault rifles.

As Bob George, Total Security Solutions sales manager, notes, “Our best opportunities are the ones where we’re able to deal directly with the end-user. It goes much smoother and they end up with a better system, one that keeps everyone safe, doesn’t get in the way of getting their work done, and looks good. From the contractor’s end, it’s just a lot easier: The agency wants to go off the basis of design. If we’re specified, even when we’re not deemed the sole source for a given project, the contractor still needs to get an approved equal. At the end of the day, our work is the basis of design because the quality speaks for itself, and because these agencies know they can rely on TSS to get it done on time at a level that exceeds their expectations.”

Navigating the Complexities of Working with Government Clients

Working so closely with government agencies has given the TSS design team a rare opportunity to hone their skills guiding government clients to the right system for their facility. As Bob George explains, “Many government clients come in saying hey, we want Level 8, we want the highest. We get that all the time, and then you have to talk them down. The fact is, we very rarely do anything above Level 5. Level 3 is realistic for most government barrier systems. Yes, Level 8 is going to protect your from some pretty heavy-duty stuff, but the windows will be 2.5” thick—double the thickness of Level 3, and almost triple the weight, at nearly 30 pounds per square foot. It’s a very difficult material to work with. Not to get too technical, but anything higher than Level 3, you get into all glass-clad polycarbonate—that’s a layered material. It has great features—for example, it’s blast- and forced-entry rated—but the material itself is more expensive, and much more difficult to fabricate. The added weight means you need to beef up walls and counters, and make special arrangements to bring the material in and position it. Two guys aren’t going to put a thousand pound window in place on their own. Going up to Level 8 drives up labor costs significantly.”

Recruiting offices pose a special challenge, and are an excellent example of how TSS excels at both ballistic design and the art of the deal. According to Bob George, “The problem is that a lot of recruiting offices aren’t owned by the armed services.” In some cases TSS has been able to work with the landlords, and switched out the storefronts, replacing the existing display windows with bullet resistant glass-clad polycarbonate and appropriate bullet resistant frames. In other cases, either the landlord has proven uncooperative, or an impending move has ruled out retrofitting the building itself. “For those cases, we’ve developed a mobile barrier solution. We’ve done a number of these for the Navy, who’ve really liked the design.” 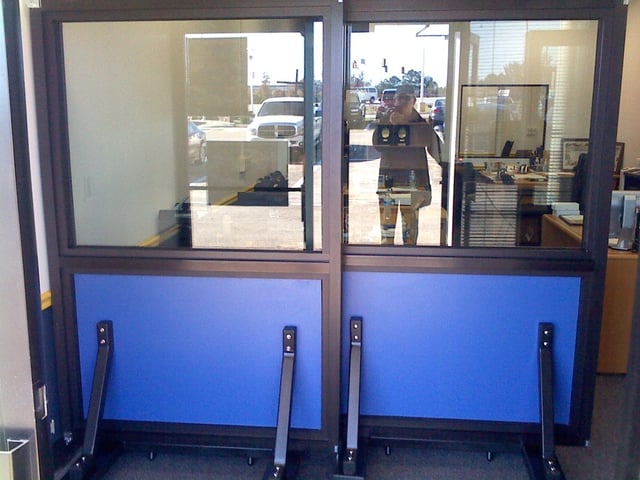 TSS’s custom mobile barriers offer a great deal of flexibility: They significantly heighten security, can be fabricated from a mix of transparent and opaque materials, can be quickly broken down and moved to a new location, and then secured in place with minimal impact to the structure itself.

This is a great solution because it solves all of the problems: Security is increased, staff can do their job without added hassles, and all of the stakeholders are satisfied with the outcome.