Bulletproof Windows for Municipalities: What Are Our Options? 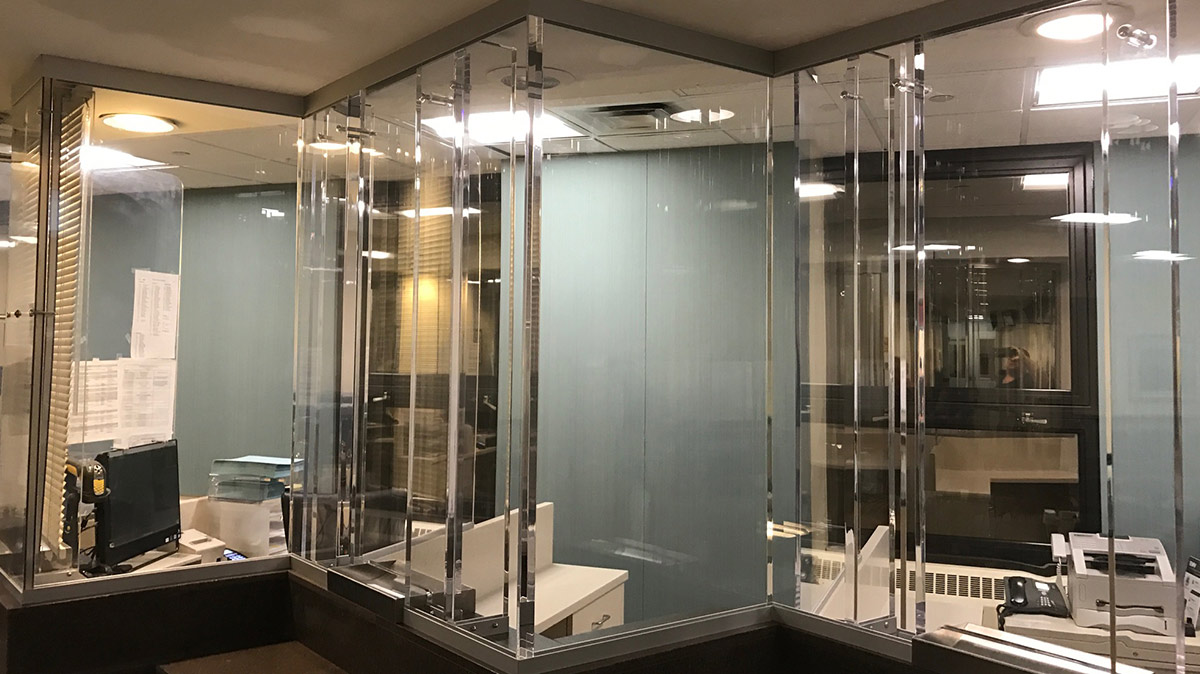 An increasing number of cities and local governments are adding bulletproof windows. They are choosing to reinforce their reception areas, bill payment centers, county clerks and utility offices.

This is a trend Total Security Solutions CEO Jim Richards has tracked for decades. “Over the last several years we haven’t really seen many changes in what municipalities are looking for,” Jim explains. “Just that more municipalities are becoming more conscious of their security needs and threat profile. Between the stresses of COVID and the bigger societal unrest—plus a feeling that people just have shorter fuses right now—we’re seeing more facility managers step back and take a closer look at what it takes to protect the health and well-being of their workers.”

Cookie-cutter security solutions don’t tend to fit well into city buildings. In part, this is because municipal facilities are built in an enormously diverse range of styles. But it’s compounded by the fact that almost every such building serves a variety of purposes to a diverse community. This is why Total Security Solution’s custom-designed security barriers work exceptionally well for municipal offices. Over the decades TSS consultants have honed a proven process that allows them to assess what a facility and community need, and then design a customized barrier system to meet those needs.

Determining which bulletproof window options are best for a given local unit of government all come back to four fundamental questions:

In general, TSS finds that a city or other municipal building becomes interested in bulletproof windows for one of three reasons:

This is excellent: addressing a threat before there is an incident drastically decreases the likelihood of anyone getting hurt.  But proactive security requires careful threat assessment. You want to be reasonably confident that you are preparing for the threats you are most likely to face—even if they aren’t the threats people most fear.

For example, because tactical rifles are such a hot-button issue, any violence involving one will receive a lot of attention. But, statistically, it’s been found that a rifle is very rarely used in a crime in the United States. Meanwhile, almost every gun homicide can be traced back to a small, easily concealed pistol.

It’s unfortunate that your community has suffered this sort of stress. But the incident itself offers you a valuable opportunity to see what an attack will look like in your community. Knowing the details of this incident will help a company like TSS guide you toward the best solutions for your facility.

This is awful and can shake an organization to its core.

But a direct threat or attack is also an opportunity to zero in on your security needs. Threatening letters and social media posts almost always disclose how an attacker plans to harm people. They even include what types of weapons they plan to use and under what conditions they might attack. Every threat should be taken seriously and analyzed by trained security experts to extract all of the actionable intelligence.

Download the 5 Key Components to a Municipal Building Security Plan

Function in this case refers to your office’s most vital daily functions. Do you mostly handle bill payments? Scheduling court dates and handling records? Accepting packages or passing blueprints?

Flow refers to how the public moves through the space. Do they arrive after passing through a lobby or do they come in directly off the street? Is there a substantial reception area or during busy periods do lines stretch out the doors?

“A lot of times,” TSS Senior Consultant Bob George notes, “with these customer service areas, there isn’t a real good way to block it off and create a secure area for staff. Most municipal offices were not built with the thought of ‘How are we going to install ballistic glazing and enclose this certain area?'”

This can be directly addressed in new construction, provided that the ballistic barrier consultant is brought in early on. But few municipal projects are new construction.

According to Jim Richards, “people often assume that the fact that they are doing a retrofit sharply limits what they can do. That simply isn’t the case.”  An established bulletproofing company like TSS will be able to work with any existing layout and offer you a variety of options that balance security, access, aesthetics, and fits into your environment’s flow and functionality.

This isn’t a simple matter of “urban vs. rural” or “high crime vs. suburban.”

Senior Consultant Bob George recalls recently riding along with a coworker as they made their rounds to take measurements for several projects.

“One of his projects was a municipality in Indiana,” Bob explains, “kind of out in the boonies, almost idyllic. But we were out there because they’d had an incident with someone who was ‘kind of disgruntled’. It turns out he’d sat out with a sniper rifle on top of this big hill across the road, and he was shooting at their building. They ended up arresting him and all that, but they were frightened, because frequently it’s just a single receptionist in that little building, all by herself. This just goes to show, an office can be in a ‘safe’ area, but still, with just one or two people in the office, they may be very vulnerable.

While suburban offices are less isolated and closer to first responders, they also see higher traffic. This creates a greater potential for conflict.  That’s not just limited to people angry with the staff or city services. It also includes the increased likelihood of arguments among irritable people waiting in a long line. “It’s scary to think about,” Bob George adds. “Maybe we just hear about it more, because of the news, but these days it seems like people are just ready, at the drop of a hat, to get in a huge argument and do something irrational.”

The look and feel of your city building can sculpt visitor expectations. The right aesthetic choices can prevent conflicts before they start.

Level of Protection for Bulletproof Windows

The only meaningful protection ratings for bulletproof windows and other ballistic materials are those that come from an accredited third-party laboratory (such as H.P. White Laboratory, a global leader in testing building materials for security and architectural uses).

Although there are several standards for security materials, the most reliable standard for bulletproof windows and barriers is UL752. UL752 defines ten security levels (although only levels 1 through 8 are common outside of military applications).

TSS has found that there are a few exceptions to the idea that most city offices are dealing with handgun-based threats. As such, they tend to be well-served by barriers ranging from Level 1 systems (designed to stop up to three shots from a 9mm pistol) to Level 3 (which will stop up to three shots from any common pistol caliber: .22, .25, 9mm, .32, .357, .44 Magnum, .45, etc.).

It’s important to understand that this rating is a floor, not a ceiling. A Level 3 window will stop no fewer than three shots from a .44 Magnum. As you can see in this video, it’s not at all unusual for TSS’s Level 3 bulletproof windows to stop more than a dozen shots. Their Level 3 ballistic steel doors regularly stop over 100 shots, defending against firearms well above their rating (for example, you can see this door stopping shots from a tactical assault rifle, despite being rated only for handguns). 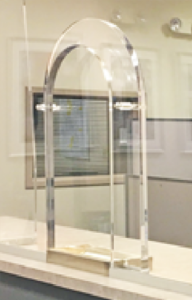 It’s impossible to catalog all of the bulletproof window options available to municipalities. That said, Bob George offers a couple good guidelines for city buildings, utility offices, and the like:

Every city building is unique and faces a unique combination of threats while working in a unique facility to serve a specific community. A TSS consultant is ready to help you begin to determine the right security solution for your community.

“We can get something in here that fits your look and feel and budget,” Bob George says. “You’ll still be able to communicate effectively, you’ll be able to see everything you need to see. There’s going to be this barrier, but aesthetically it’s going to look great.  And you’ll be safe.”