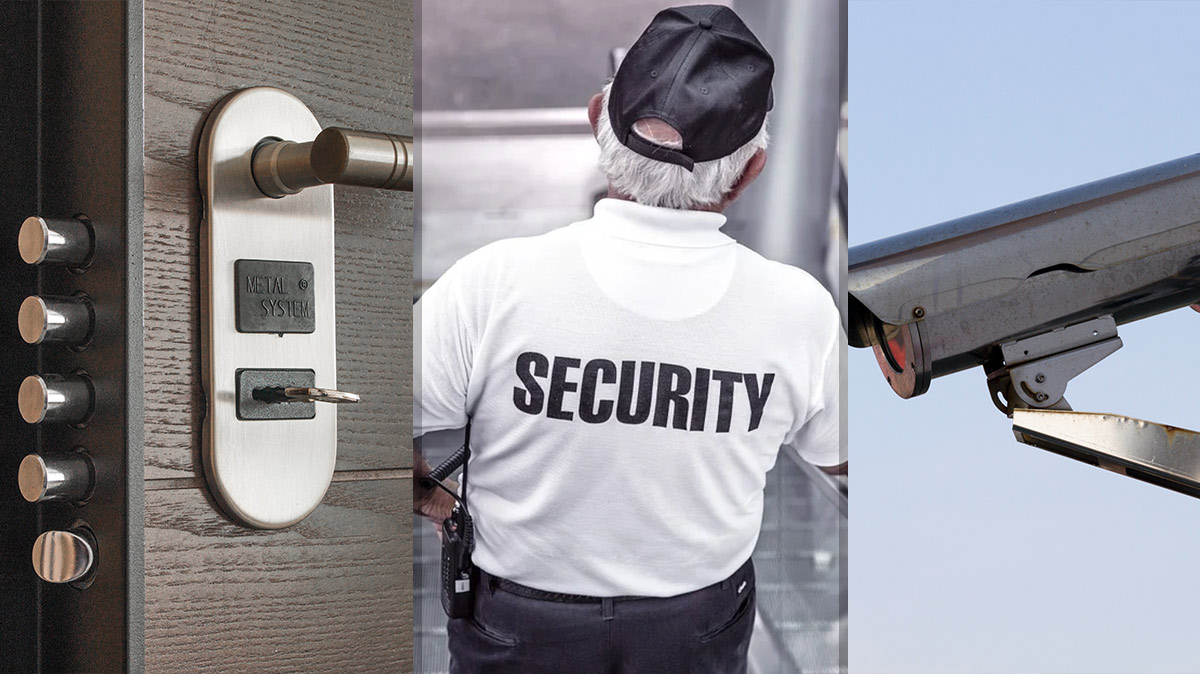 Jim Richards, CEO of Total Security Solutions, has been evaluating and improving corporate security measures in workplaces for a long time. “Too often,” he notes, “big organizations, their facility managers, and even the security integrators they hire look at security as a fix that can be dropped in place. Like swapping out a leaky valve or adding a skylight. They don’t see this as a system of components. A bullet-resistant barrier is a component of security. Cameras are a component. Access control systems. Fire suppression. The security guards. Their security protocols. All of this goes into creating a system.”

There are three corporate security gaps that experts we spoke with see again and again, and consistently undermine workplace safety in and around corporate offices:

Cameras can be an absolutely invaluable addition to your building security—but only if someone is watching and ready to take action. There is no consistent, convincing evidence that the simple presence of a video camera, by itself, deters crime.

As Bernie Youngblood, Director of Marketing at Detection Systems and Engineering noted at the end of last year, there is “a fascination with video surveillance—which makes it very easy to sell cameras. But the camera doesn’t magically make you safe. The only thing most cameras do is take a lot of pretty pictures of people stealing your stuff.… there are probably 100 cameras within 1,000 feet of this building. And what are they doing? They’re writing data to hard-drives. No one is watching those cameras, no one is paying attention.” As a result, there is no actual increase in safety—just an increase in successful prosecutions after a crime has already been committed.

Joe Delia is inclined to agree. Delia is the senior director of U.S. Security Consulting Services for GardaWorld, as well as a former Deputy Chief of Police with nearly 30 years on the force. Delia notes that cameras are only half of the equation. “Use your cameras in a proactive, not a reactive fashion,” he says. If you’re going to use cameras, you must also monitor them, and be prepared to react as early as possible—ideally before an incident begins.

Contact TSS to get a Quote from our Security Experts

In a webinar earlier this year, Ben Scaglione (corporate security director for DVS, a leading security consulting and engineering firm) spoke at length about how large organizations botch access control. Often this comes down to end users undermining their own security: doors with keyed locks are left unlocked, or the keys are freely copied and distributed, or the door itself is propped open for “convenience.” All this can usually be addressed with training.

The fundamental complexity of large corporate security systems tends to create gaps. Few walls are truly plumb, few floors perfectly flat. Installers and contractors make tweaks and adjustments throughout any project. But over the course of a large project, these stack up. A slightly wider than necessary gap between the door and jam isn’t a big deal. Neither is swapping in a different strike plate because the specified plate was out of stock. Every door is going to have some play in it, but all of this taken together can make for a situation where a door latch doesn’t engage properly. Your expensive building-wide cloud-controlled access control system won’t help if the door latch can be defeated with a butter knife. 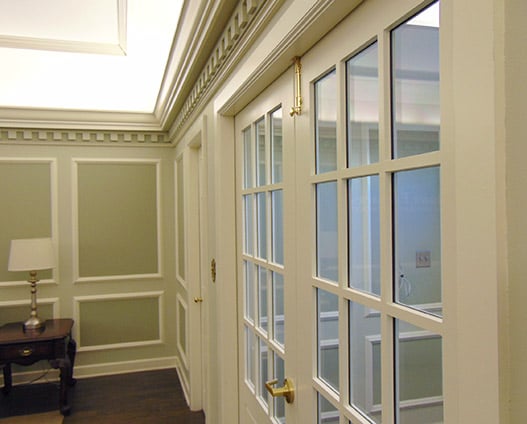 “That’s why all TSS bullet-resistant security doors—even our stock models—are custom-built,” Jim Richards notes. “Part of that is personal: I want everything we do to look good and work smoothly, with a tight fit and finish. I’m not going to get that importing someone else’s doors from overseas. But it’s also practical: Even if you’re ‘just going with the standard steel door,’ we’re still making it custom in our Michigan facility. That door can be engineered to easily accept any control devices, wire runs, and electric strikes you need.”

The people who work in your building are both the most valuable asset—who you are working so hard to protect—and the biggest risk. Statistically speaking, we are most likely to be attacked by someone we know. And any security specialist will tell you that the one thing most likely to undermine your building’s security is workers being too nice.

Delia cites the example of the 2019 Aurora, Illinois Shooting. “That guy went in that day. He knew he was going to get fired, and he told a coworker while he was clocking in ‘if they fire me today, I’m going to shoot the place up.’ And that coworker didn’t tell anybody.”

Of course, training doesn’t start and end with situational awareness and talking to HR. Employees need to understand what the protocols are and what do in an emergency. You need to have emergency drills, and you need to have consequences for breaking security protocols.

The Best Approach to “Gapless” Corporate Security and Safety

Corporate security should be approached as an “all-hazards” exercise focused equally on people, policy, and technology:

We tend to focus on the technology—new doors, new cameras, new communication systems—but if we haven’t adjusted the policies and trained the people, then safety is unlikely to improve.