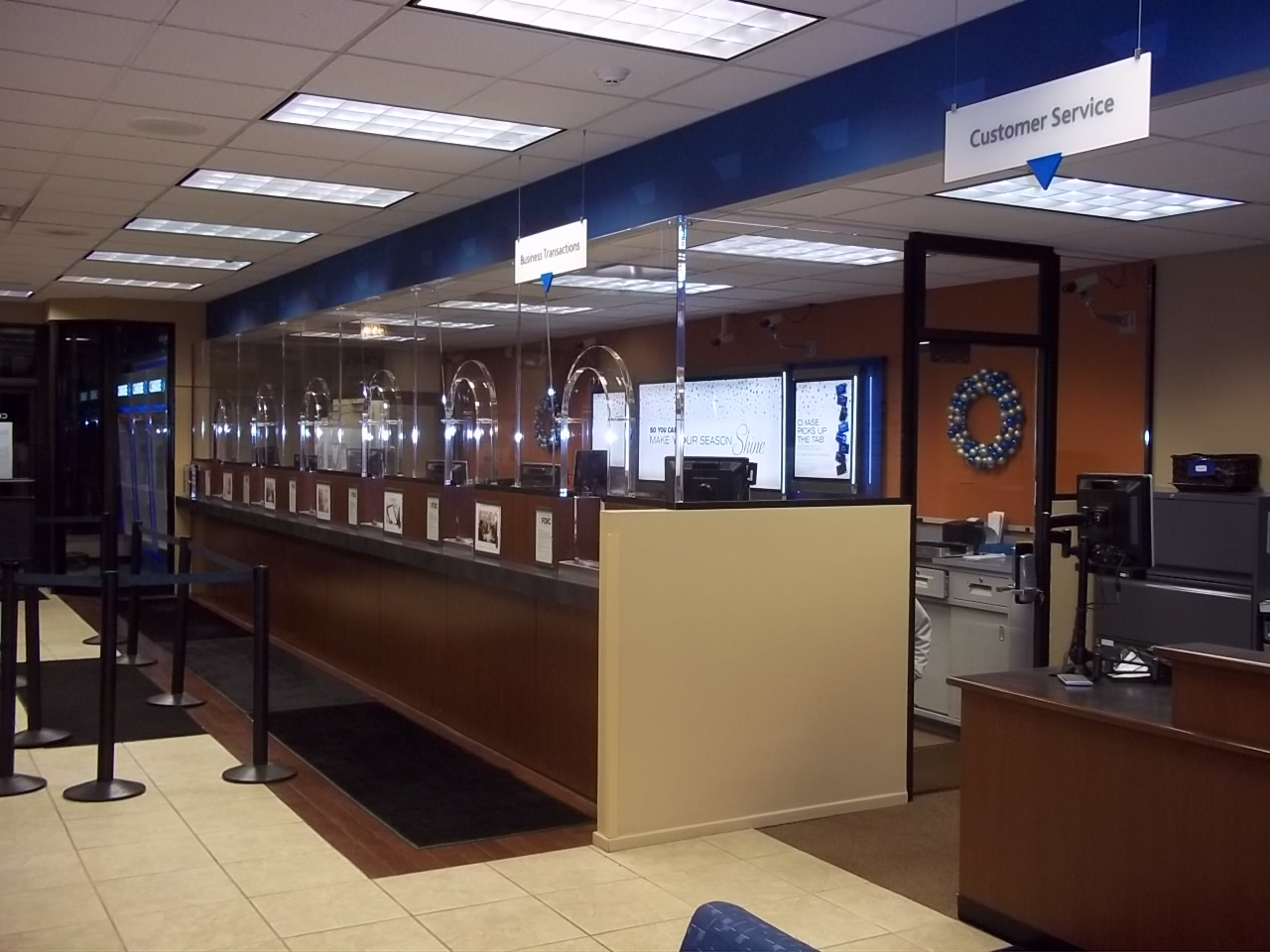 According to Don S. Tokunaga, former vice chairman for security and risk management for the American Bankers Association, “There’s no doubt that banks that have bandit barriers have fewer robberies.” Nonetheless, Tokunaga notes, banks often shy away from installing bullet resistant security systems. Sometimes this is a matter of cost, but more often because the bank fears losing that “open look” and putting a damper on their relationships with customers.

Banks reasonably worry that adding a bandit barrier will inhibit the one-on-one contact between teller and customer, or otherwise stifle the customer experience. “This is a key concern during the planning stage, every time. But what we hear from banking clients, once the system is in place, is that it spruces up the appearance. Because the glass is clear, with large unobstructed panes, it really brightens up the space. Because we pay so much attention to maintaining crystal clear voice transmission, the barrier will not muffle voices or feel obtrusive. Clear eye contact, easy conversation: These are really key to forming those important relationships of trust.”

TSS’s bullet resistant baffle and arch window systems are popular with banks. These rely on thick sheets of acrylic, which can be flush-mounted with minimal framing, creating broad, clear sight lines. Acrylic is rigid, and has excellent light transmission (greater than 90%). Flame polishing the edges preserves this transparency, so that seams and edges almost disappear. Because TSS fabricates to exceedingly tight tolerances, we can eliminate the thick framing pieces that older systems relied on, and which tended to draw attention to the sheets of bullet proof acrylic. The result is the sort of custom system you see below, which keeps the focus on the customer and the teller, not the counter and barrier. 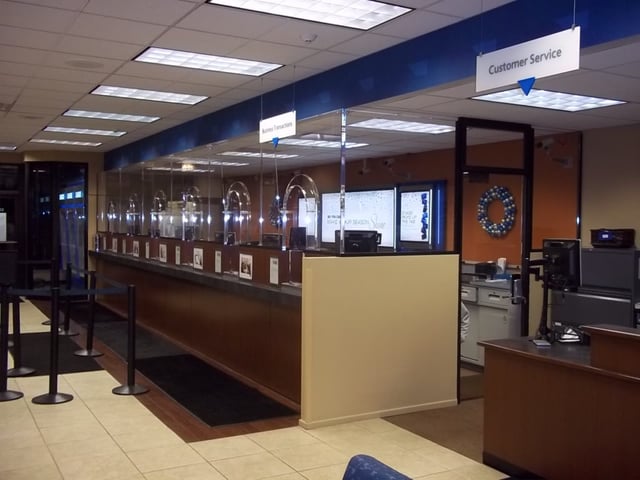 Some smaller settings—like in-store bank branches located in grocery stores—might prefer something like the Natural Voice Transmission (NVR) transaction window shown below. This set-in-place solution uses a specialized framing system to allow for easy communication through a totally solid barrier, with no metal talk-thru plate or intercom system coming between the customer and bank staff:

A Small Investment in Peace-of-Mind

Financial service businesses are often relieved to discover that a bandit barrier need not be as large an investment as they suspected. In part, many banks initially overestimate what their barrier will cost because they spec out “too much barrier” for their needs. As we’ve mentioned in the past, it is almost certainly the case that you don’t need to worry about stopping an AK-47. For most banking customers, a Level 1 or 2 system (which stops many bullets fired from a wide range of common handguns) will be more than sufficient.

“Well designed bandit barriers are such powerful deterrents,” Total Security Solutions Sales Manager Bob George explains. “These criminals are not planning to stick around and shoot up the place. They don’t want to get caught, and so they don’t want to come into a space where there is some question about ‘who’s in charge.’ It’s the path of least resistance: They are going to go down the street, and scope out the place that doesn’t have a barrier system. They aren’t going to hawk a place that has a ballistic system in it.”

Bob George has worked with many banking and financial service locations throughout the United States, and often finds that worry about security is significant among branch employees. “I did a handful of credit unions in Alabama a couple years ago. They had these two branches that just kept getting hit, over and over again. And these poor women were just frightened to come to work. I remember when I was down there, measuring for the job, and I met one of them: she was so frazzled, and then so happy that a barrier was coming into their branch. The psychological toll that the threat of violence has on people, it’s really hard to overestimate how much that costs.”