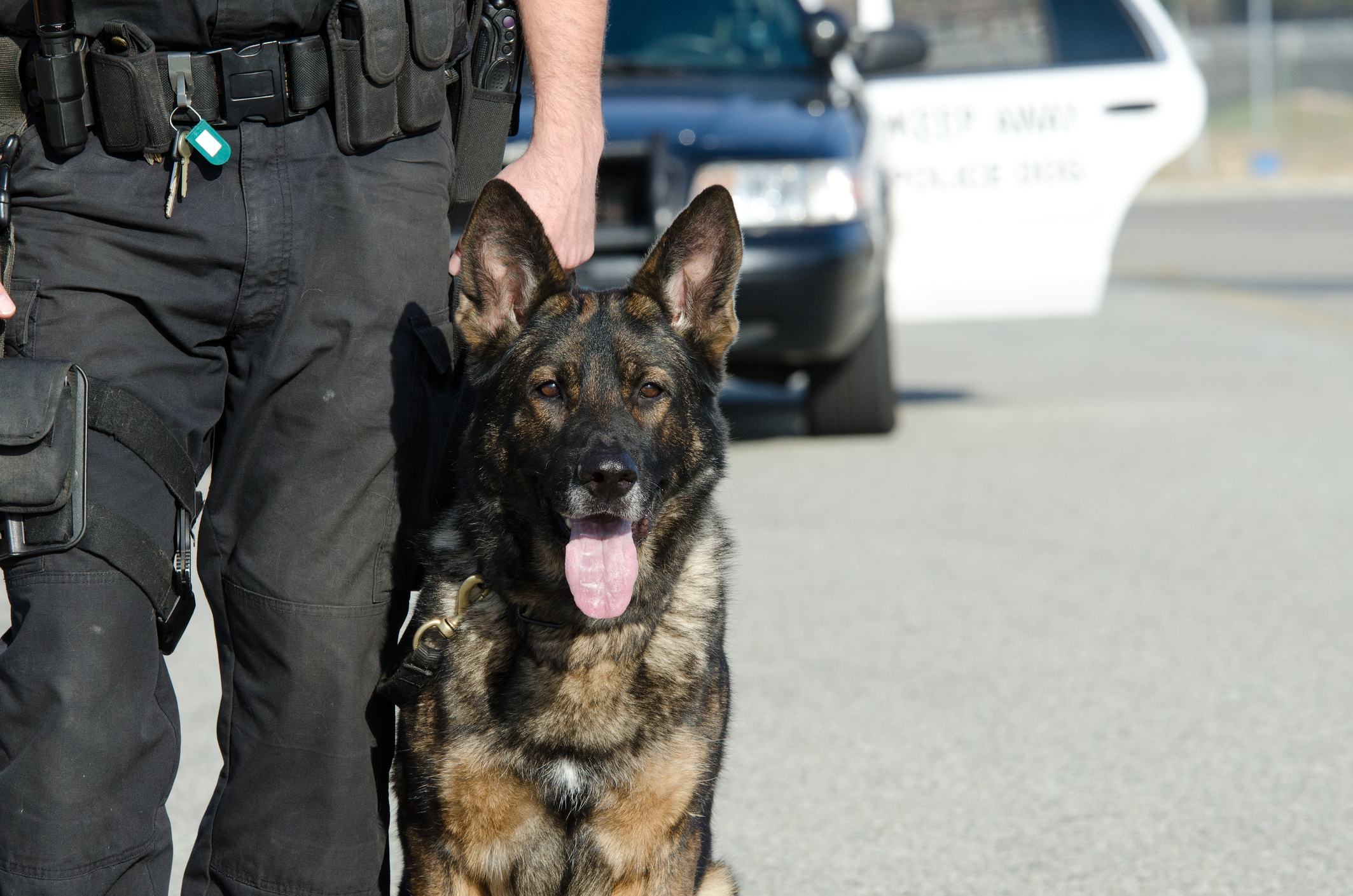 Police dogs, or K9s, perform dangerous tasks in the line of duty, yet they aren’t issued K9 bulletproof vests like many of their human handlers. It’s mostly due to a lack of funding – not to a lack of love or caring. But that’s changing thanks to the generosity of nonprofit organizations and foundations across the country.

If you’ve ever attended a major concert or sporting event, chances are K9 units swept the venue to check for explosive devices. Police K9s – typically German Shepherds, Belgian Malinois or Dutch Shepherds – go through extensive training, using their speed and a keen sense of smell to perform tasks humans just can’t do. They detect explosive devices, narcotics, and weapons. They also track and detain fugitives, and can locate missing persons.

Law enforcement agencies have made use of dogs’ special skills for more than a century. What started as a common practice in Europe in the late 1800s took hold in the U.S. starting in the 1970s. Now, tens of thousands of police K9s serve with specialized officers, or handlers, on forces across the nation.

Unfortunately, like any dangerous job, K9 work can come at a cost. In 2018, 28 K9s lost their lives in the line of duty, including 10 from gunfire and two from assaults. One K9 bulletproof vest typically costs $1,000 and can run up to $3,000, depending on customizations. Police departments often don’t have the budget for this equipment, but caring organizations and individuals are making a difference.

Project Paws Alive, started in 2012, raises funds to provide law enforcement, fire, rescue and military agencies in need with protective K9 equipment. The organization learned that budget cuts have forced 92% of all K9 units to run solely on donations. In fact, many handlers must pay for their K9s’ needs out of their own pockets, including food, grooming, training, certifications, and safety equipment. The organization now supports about 45 agencies nationwide every year, each with an average of five K9s per unit.

In other cases, individuals with big (and often broken) hearts have led the way. Spike’s K9 Fund, run by a former Navy SEAL who lost his K9 partner to gunfire in Iraq, caught the attention of journalist Anderson Cooper who donated funds to outfit every K9 in the Norfolk, Virginia, police department with ballistic vests. A 9-year-old boy from Ohio named Brady Snakovsky started a GoFundMe page and raised nearly $80,000 for the cause. So far, that money has provided 85 ballistic vests to K9s in 12 states.

K9 ballistic vest technology has evolved to meet the demands of the job. Newer designs are lighter and more streamlined than earlier versions, keeping the police dogs cooler and allowing them more freedom of movement.

Project Paws Alive believes not all K9 bulletproof vests are the same and stresses the importance of quality and performance. The vests they donate, made by Michigan-based Armor Express, typically cost $1,400 and protect K9s from gunshots, stabbings, explosives, and blunt force trauma. The vests are custom-fit to each canine and made with modern ballistic materials to allow for ease of movement and breathability. The vests exceed the National Institute of Justice ballistic and spike protection regulations to guard against the latest weapons.

K9 ballistic vests typically last five years, and many of these organizations donate replacement vests as long as the K9 is in active service.