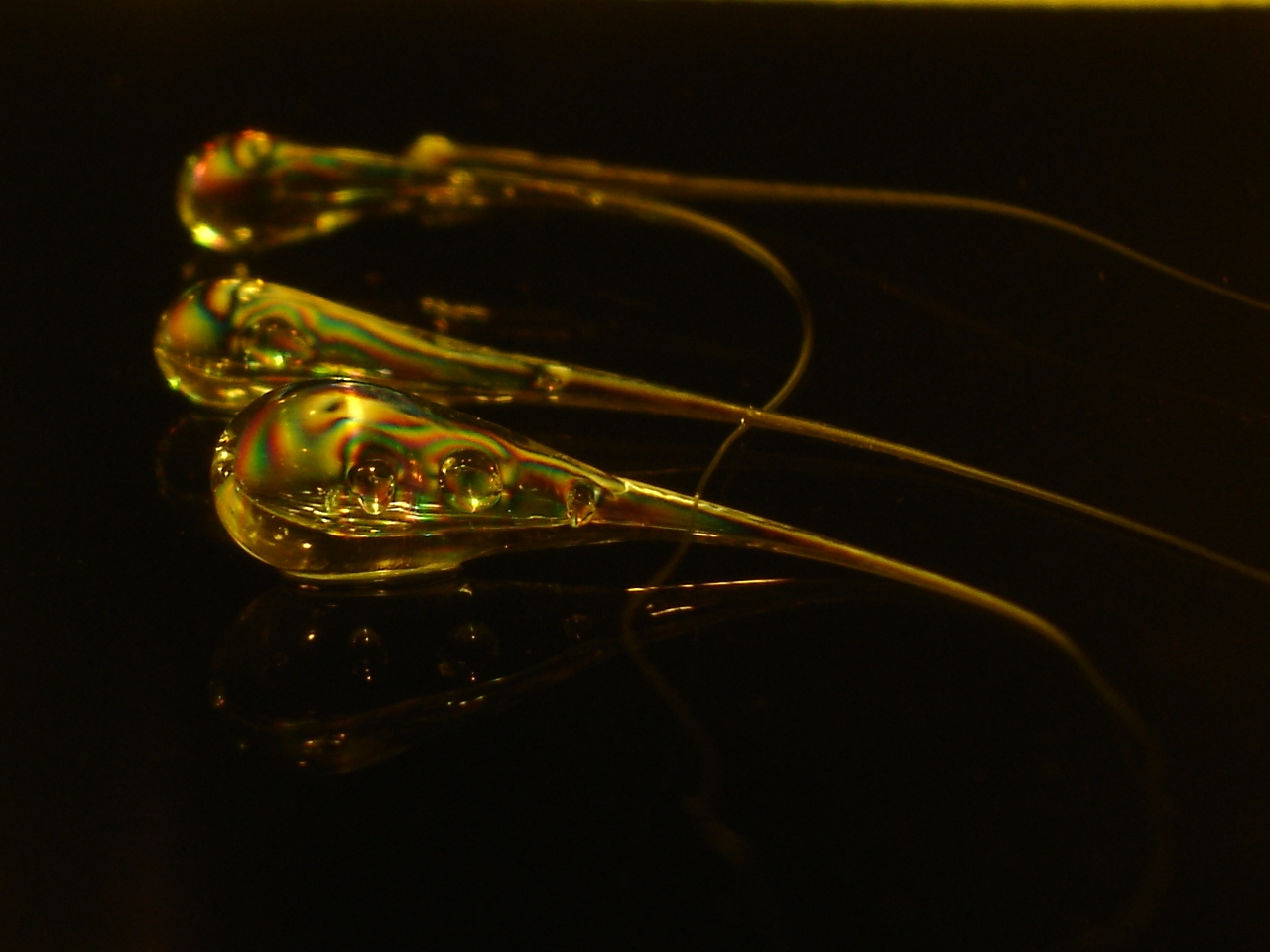 Despite advances in plastics, the heart of many bullet proof glass installations continues to be tempered glass. This is standard, clear glass that has been carefully heated and cooled in order to increase its strength.  Although it’s only been stopping bullets for about 70 years, tempered glass was first manufactured more than 380 years ago. Today’s bullet proof glass is the descendant of a practical joke popular with 17th century European aristocrats:  Prince Rupert’s Drops.

These innocuous glass tadpoles are tricky: Drop one on its head–or even pound it with a hammer–and it’ll never break. But snap the thin tail, and the drop explodes in a flurry of glass confetti.

The Likable Prince of Nowhere

Prince Rupert of the Rhine didn’t invent or craft “Prince Rupert’s” drops, which were sold as parlor tricks in North German markets as early as 1625.  Prince Rupert–the son of Frederick V  (the occasional ruler of that corner of Germany) and Scottish Elizabeth Stuart–wasn’t even the prince of anywhere in particular. But he was popular among British and continental royals as a sailor, soldier, sportsman, and scientist.  Rupert demonstrated the drops for his cousin, King Charles II of England, and the Royal Society of London in 1661, and they’ve been “Prince Rupert’s Drops” ever since.

Bullet Proof Glass in the 1600s

The drops are made by dribbling a dollop of molten glass into cold water, where the blob naturally wants to form a teardrop.  The large surface area of the spherical head cools quickly, squeezing in on the still-molten interior.  This initial squeeze creates an envelope of compressive stress on the outside of the teardrop, which is  balanced by a tensile stress as the interior slowly cools and contracts, pulling against itself.  The result is the “bullet proof” head of the tempered glass tadpole.  But the long, thin tail doesn’t benefit from this balanced stress.  When it snaps, these stresses are knocked out of balance, and the glass’s crystalline structure collapses. This same balance of compression and tension gives tempered glass its strength, and is why a windshield crumbles into thousands of tiny cubes, rather than breaking into a few large, jagged shards.

Watch a quick demonstration of a Prince Rupert’s Drop, produced by the Corning Museum of Glass:

And a much better slow-motion capture of what happens when the tail is snapped (the explosions start at around 30 seconds):